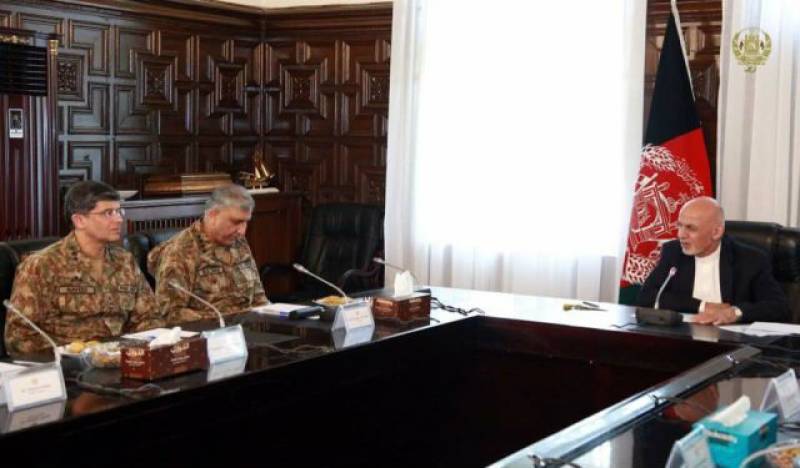 The two leaders discussed bilateral relations, trade and transit, and the war against terrorism in the meeting that took place in Kabul, according to a tweet by the Official Account of the Office of the President of Afghanistan. COAS Bajwa is visiting the neighbouring country for a day-long visit on the invitation of President Ghani. 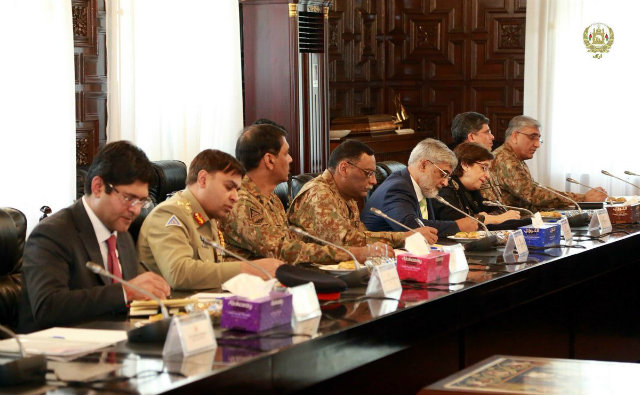 The army chief is undertaking a crucial visit to Afghanistan where his delegation discussed ways to strengthen bilateral, security cooperation and border management efforts with Afghan counterparts. 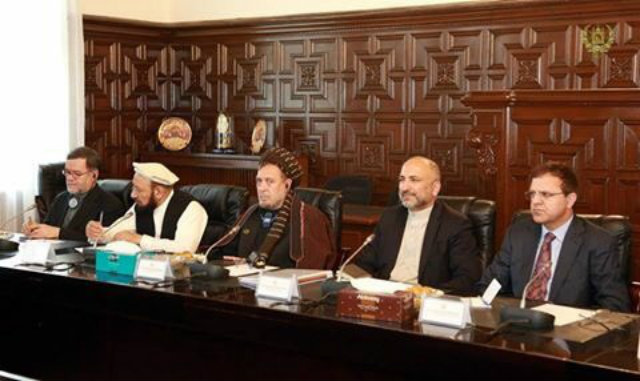 Relations between Islamabad and Kabul have been marred by mistrust and suspicion, with both sides routinely accusing each other’s security institutions of backing fugitive anti-state militants to plot terrorist attacks against the other.

Pakistan blames Afghanistan for hosting several terrorist groups that use its soil against Pakistan, and vice versa.

Pakistani officials also cite building of a fence and new security outposts on the nearly 2,600-kilometer border between Pakistan and Afghanistan.

Chief military spokesman Major-General Asif Ghafoor said the fence would be in place within the next two years. “If Afghans are willing to build the fence and posts on their side, we are ready to do it for you so that only peaceful citizens can cross the border,” he recently told a group of Afghan and Pakistani reporters.

Speaking at the Asia Society seminar in New York on Wednesday, the minister said the US cannot succeed in Afghanistan by waging war. “No one desires peace in Afghanistan more than Pakistan, but that a number of Afghan leaders want to continue status quo for their vested interests.”

The minister also blamed India for carrying out terrorist activities in Pakistan through Afghanistan, saying that more than 66 terrorist organisations are active inside India.

Around two weeks ago, at a tripartite forum, officials of the US, Afghanistan and Pakistan expressed their commitment to eliminate Daesh from the region.

At the meeting held in Kabul, they agreed on information sharing, complementary efforts and enhanced cooperation, according to the ISPR.

Moreover, on the sidelines of the tripartite meeting, the Pak-Afghan military delegations held a bilateral meeting and discussed cross-border attacks, counter-terrorism, coordinated actions on the respective sides along the border and exchange of detainees.