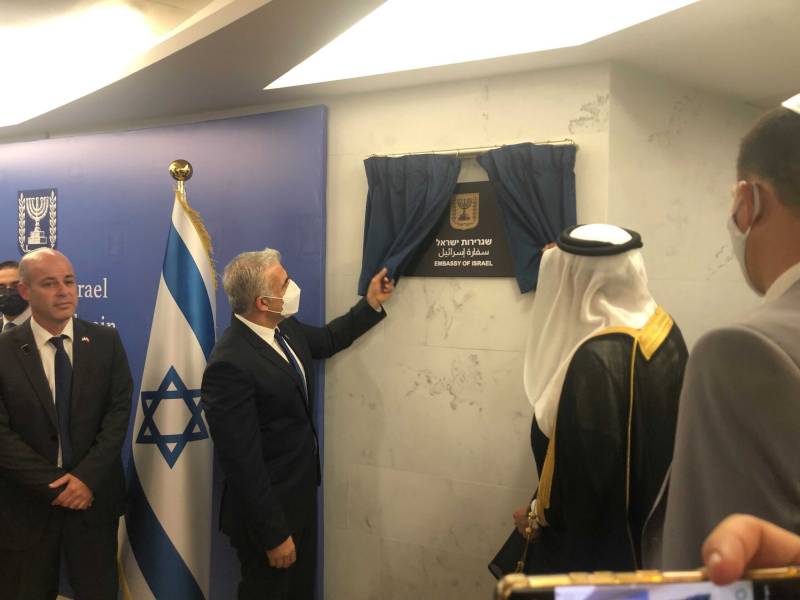 MANAMA – Israel’s foreign minister Yair Lapid has inaugurated the first embassy of the Jewish state in Bahrain during a trip to the Gulf country after ties were normalized last year.

The first commercial flight from Bahrain to Tel Aviv took off Thursday following the arrival of Lapid as Bahrain normalized relations with the Jewish country as part of a US-brokered deal.

Meanwhile, the Israeli minister also shared the development on his official handle. “We have officially opened the Israeli embassy in Bahrain and agreed that by the end of the year, there will be the opening of the Bahraini embassy in Israel”, he wrote on Twitter.

Furthermore, the Israeli dignitary visited the Bahrain headquarters of the US Navy’s Fifth Fleet, which has faced off Iranian vessels amid rising tensions. 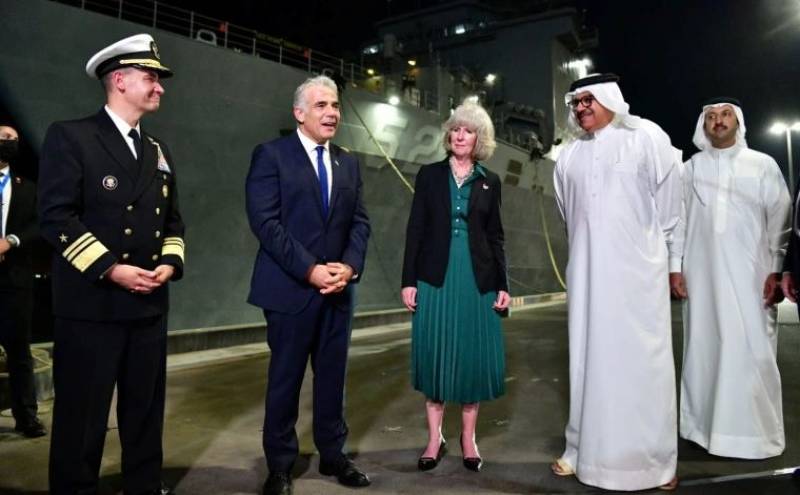 In September 2020, Donald Trump brokered normalization agreements between Israel, the United Arab Emirates, and Bahrain which was denounced by Palestinians. Bahrain and Israel long enjoyed secret ties over a shared distrust of regional rival Iran but took the relationship public last year.