Umar Akmal embarks on surprise US visit for a ‘better future’ 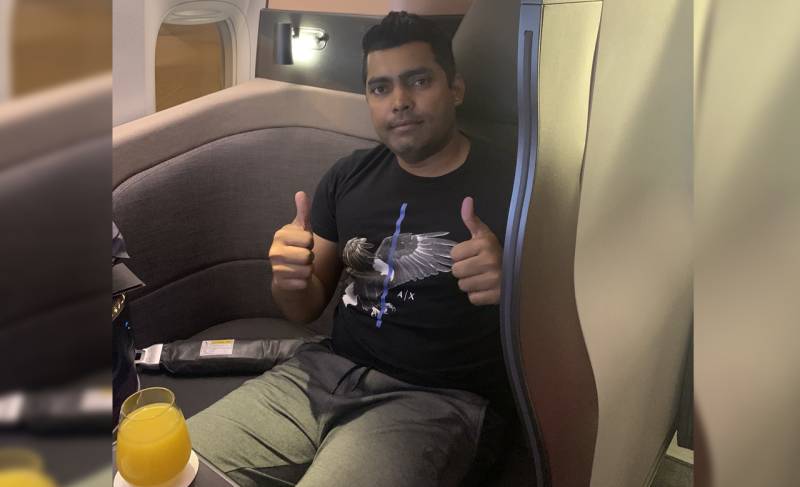 LAHORE – Pakistan’s middle-order batsman has left for a surprise visit to the United States without sharing much details about the tour.

Sharing the development on his official handle in the wee hours, the 31-year-old said he was leaving to undertake ‘personal meetings’ in the US. “I am travelling to US [United States] for some personal meetings, if all goes well I might have to stay there for some time! I need my supporters to pray for me like they have always prayed!” the tweet reads.

I am travelling to US for some personal meetings if all goes well I might have to stay there for some time! I need my supporters to pray for me like they have always prayed!🤲 pic.twitter.com/xoR5whvUtS

Reports quoting sources said the right-handed batsman will play matches during his stay in the US. Akmal, who recently returned to competitive cricket after serving a 12-month restriction, is also keen on securing a long-term contract in the US.

It further added that little chance of getting selected in the national squad under the current PCB management forced him to try luck in the foreign country.

Recently, he was allowed to resume club cricket activities following the end of the rehabilitation process. Board officials said the decision has been taken after he did well in a session conducted by the Security and Anti-Corruption Department.

Akmal was found guilty on two charges of separate breaches of Article 2.4.4 of the PCB Anti-Corruption Code in two unrelated incidents and handed a three-year suspension with the periods of ineligibility to run alongside.