Army joins hunt for kidnappers of Pakistani businessman in Uganda 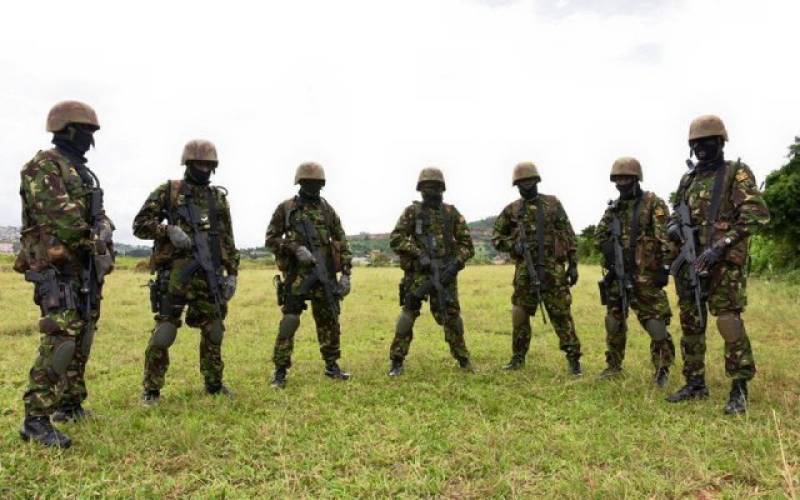 KAMPALA – The Uganda People’s Defence Forces has joined a search operation for suspects involved in kidnapping a Pakistani businessman in Kireka town of Wasiko district.

The army joined the hunt after the suspects were spotted wearing military uniform in CCTV footage of the abduction.

A kidnapping and robbery case was lodged by victim, identified as Rafik Khan, after the suspects abandoned him on a road.

A spokesperson of the military said that an investigation is underway to confirm the identities of the people involved in the case. It is yet to establish whether it was a legal raid or abduction, he added.

Col Deo Akiiki, the deputy army spokesperson, said that a statement will be issued after the probe is completed in the case.

Luke Owoyesigyire, the deputy Kampala Metropolitan Police spokesperson, said that two of the suspects in the video can be seen wielding guns and wearing military uniform while others are casually dressed, according to a Uganda-based media portal.

He said that the Pakistani businessman was was robbed of $300, Shs 700,000, and his two Samsung smartphones.