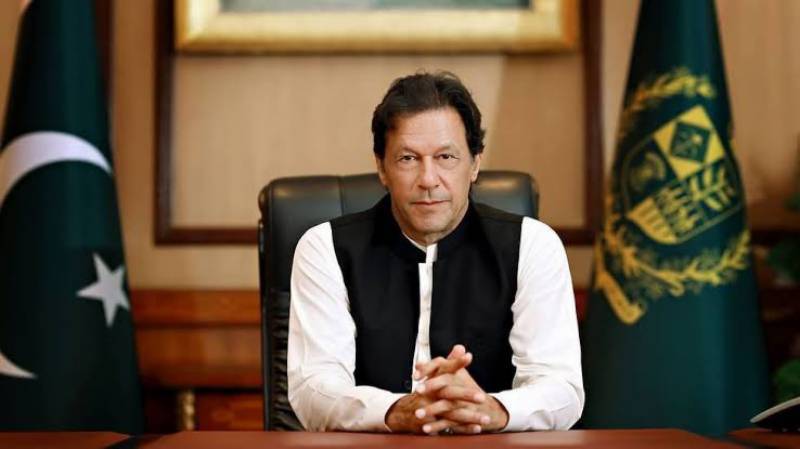 ISLAMABAD – A magistrate in the federal capital has issued arrested warrant of former prime minister and PTI chairman Imran Khan in a case related to threatening a female judge Zeba Chaudhry in a public speech.

Senior Civil Judge Rana Mujahid Rahim has issued the warrants, directing Margalla Police Station SHO to implement the orders in this regard.

The judge has issued the warrants after the cricketer-turned-politician did not appear before the court to get bail in the case. 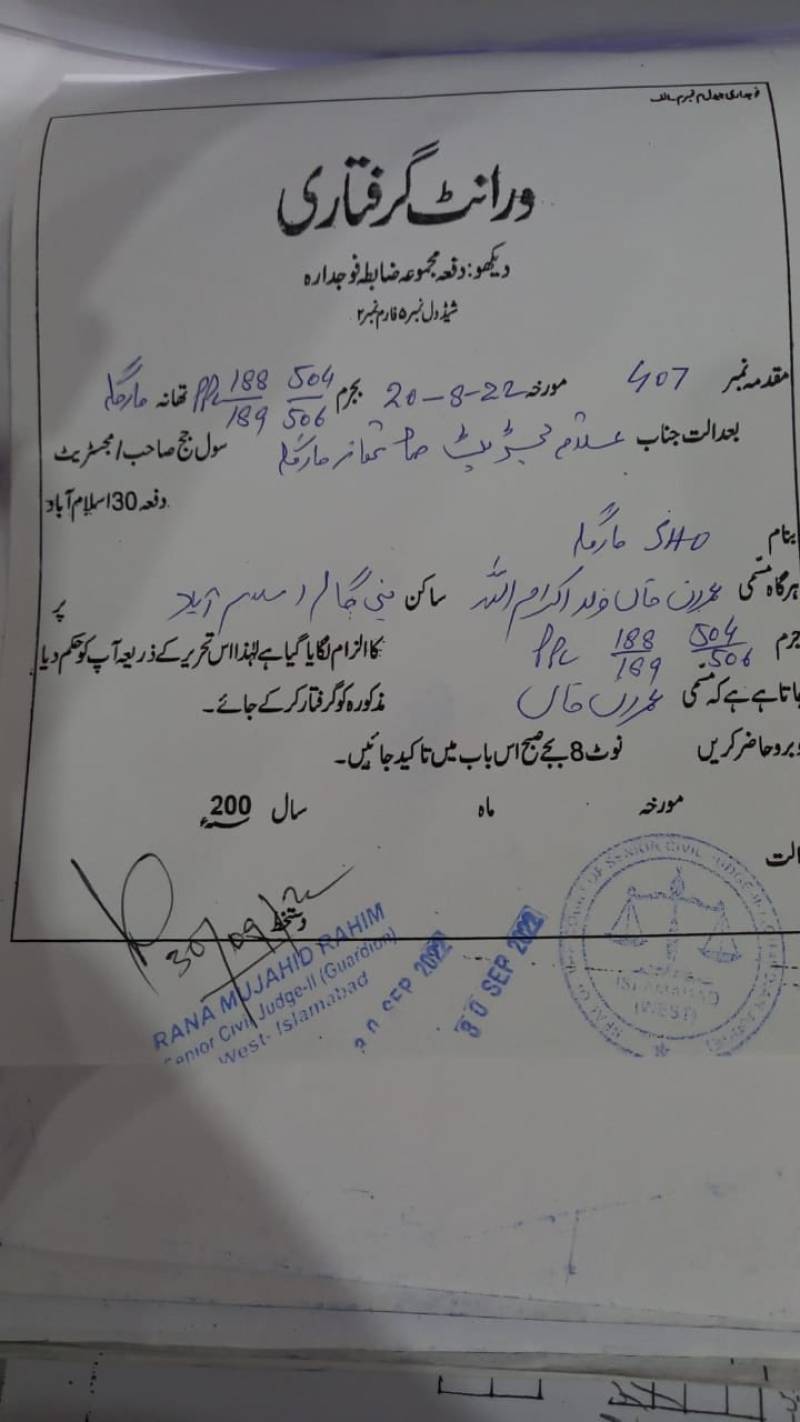 On August 21, a case was registered at the Margalla Police Station over his provocative speech in which he had issued threats to the cops and the female judge, who had extended the physical remand of then incarcerated Shahbaz Gill, who faces sedition charges.

As per the First information report, the PTI chief hurled threats at the state institutions and attempted to mount pressure on the judiciary and the law enforcers.

However, the Islamabad High Court (IHC), later, dropped the terrorism charges against PTI chief in the case and referred the case to the civil court from the anti-terrorism court.

The development comes a day after the PTI chairman arrived at Judge Zeba Chaudhry’s court unannounced to apologise to the female judge, however, the Additional District and Sessions Judge was not there.

Due to the judge’s absence, the ousted PM approached the reader and other personnel and asked them to tell the judge that Imran Khan had come to apologise to her.