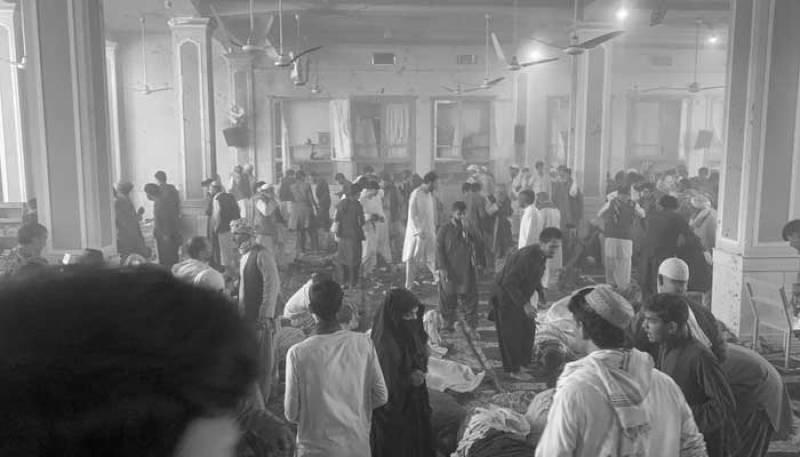 KABUL – At least 33 people died and scores of others were injured after multiple suicide blasts hit a mosque in Afghanistan’s Kandahar city.

Health official said that the death toll is likely to surge as several wounded persons are in critical condition.

Reports said that a bomber exploded himself at the main gate of the mosque while two explosions occurred inside the compound.

This is second massive attack targeting worshippers in a week.

There was no immediate claim of responsibility for the attack.

The blast took place just days after IS militants targeted a mosque in Kunduz, leaving multiple Shia worshippers dead. The full death toll from that attack has been estimated as high as 80.