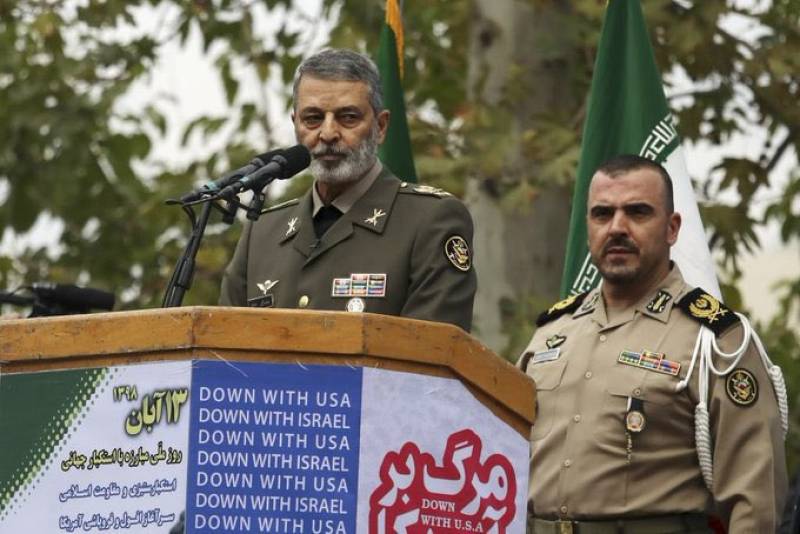 TEHRAN – A provincial intelligence chief of Iran’s Islamic Revolutionary Guard Corps was shot dead during a clash with protesters in Zehadan city, it emerged on Saturday.

The IRGC-affiliated Tasnim News Agency confirmed that Syyed Ali Mousavi, IRGC intelligence chief of Sistan and Balochistan, was pronounced dead at a hospital after he was shifted there with bullet wounds.

Protests swept across the capital of the Sistan and Balochistan province on Friday after a 15-year-old girl was allegedly raped by a local military official.

Reports said that clashes ensued after protesters launched an armed attack on a police station in the Zehadan city. Nineteen people, including three IRGC officials, were killed in the incident.

Following the death of the provincial intelligence chief, internet services have been downed in the southeastern city in order to prevent the situation from flaring up further.

The killing of the top IRGC official may aggravate the situation in Iran where demonstrations against the death of 22-year-old Mahsa Amini in the custody of morality police continue for the second week.

As of Friday, at least 83 protesters have been killed by Iranian security forces, mainly in the provinces of Mazandaran, Gilan, Western Azerbaijan, Kermanshah, Kurdistan and Alborz, according to the Norway-based Iran Human Rights organisation.

Meanwhile, Iran has arrested nine European nationals for their alleged role in the ongoing unrest. Security forces have detained the citizens of Germany, Poland, Italy, France, the Netherlands, Sweden and other countries in latest crackdown.

TEHRAN – An Iranian TikTok star was shot dead by security forces in a crackdown on protests, which stemmed ...