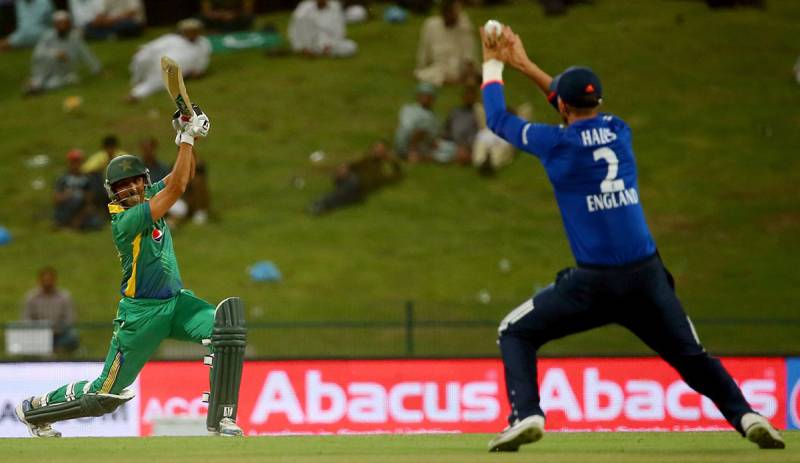 HEADINGLEY (Staff Report) - England defeated Pakistan by four wickets in the fourth match of the One Day International (ODI) series, by successfully chasing the Pakistan's target, on Thursday.

England chased down Pakistan's target of 248 runs in the 48th over at the loss of six wickets.

Root hit 89 and Morgan 68 in England’s chase, which finished on 255-6 in the 48th over and overshadowed Sarfraz Ahmed’s career-best 105 for Pakistan.

Pakistan opted to bat first in the fourth One Day Internation (ODI) against England at Headingley in Leeds cricket stadium on Thursday.

Skipper Azhar Ali scored 80 and Imad Wasim scored an attacking 57 to help Pakistan get to 247 for 8 in its 50 overs.

The hosts have already won the five-match series and are leading with 3-0. The only remaining match will take place on September 4.

England beat Pakistan in first game by 44 runs under the Duckworth/Lewis and by four wickets in the second ODI. The third ODI was won by England by 169 runs.

The ODI series will be followed by a T20 match between Pakistan and England. The limited-over game will be played on September 7.