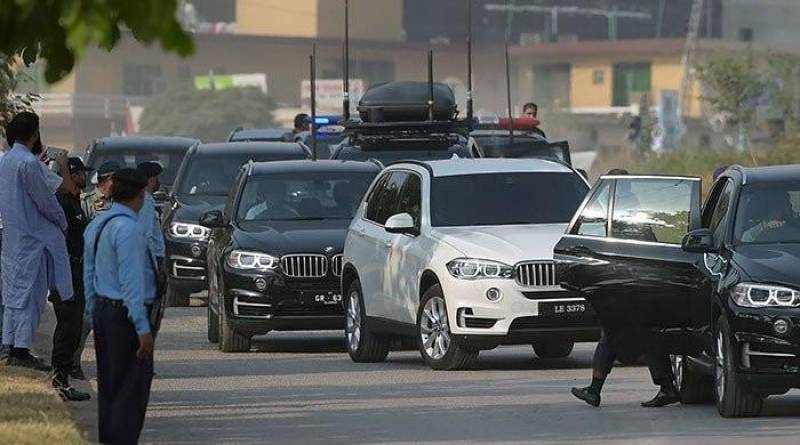 ISLAMABAD - In a fulfillment of a promise made by Prime Minister Imran Khan, the PM House released a list of luxury and surplus vehicles to be auctioned by the government under the austerity drive.

The list, released on Friday, also contains four Mercedes Benz cars of 2016 model; two of them are 4,000cc bullet-proof vehicles.

ISLAMABAD - PakWheels has learned that six units of the ultra-luxury Mercedes S600 Maybach were delivered to the Prime ...

Besides, four bullet-proof Land Cruiser vehicles of 2015 model are also up for auction. There is one Honda Civic 1800cc car and three Suzuki vehicles, including two Cultus cars and one APV, all of them are of 2013 model, Dawn News reported.

The list also includes a 1994 model Hino bus. The money obtained from the auction would somewhat boost the cash-strapped national exchequer.

In his first speech to the nation after assuming office, PM Imran Khan had promised that the luxury vehicles of PM House would be put on auction so that the waste of national resources could be curtailed.