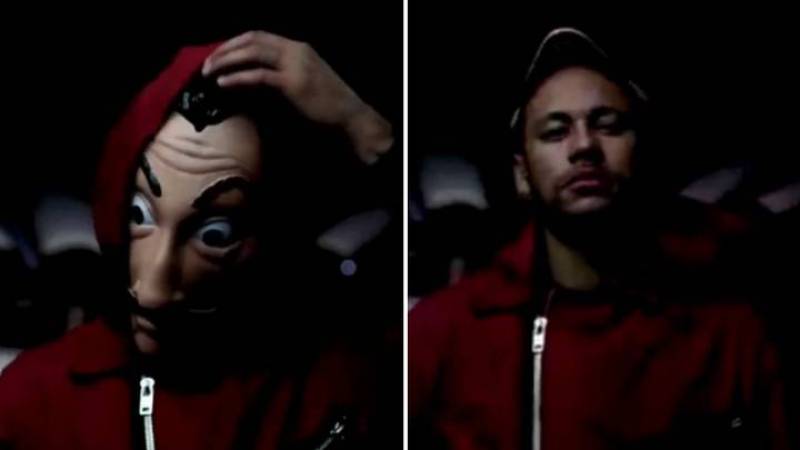 Brazilian football player Neymar, announced on social media that he will be staring in the widely popular Spanish Netflix original "Money Heist" on Wednesday.

“I was able to realize my dream and be part of my favorite series. And now I can share Joao (his character) with you all! Thank you @lacasadepapel!” he told his Twitter followers.

The 27-year old is lined up to play the character of a monk in episodes of the third season of the popular Spanish Netflix series. Last November, the player posted a cryptic photo on social media of him dressed up in a red jumpsuit and a Dalí mask, along with his teammate Kylian Mbappé.

He appears in episodes 6 and 8 of season 3, although these were initially released without the part of Neymar in July, as they awaited news on the accusations of rape to be sorted.

In 2017, Neymar became the most expensive player in the world when he moved from Barcelona to PSG for €222 million.