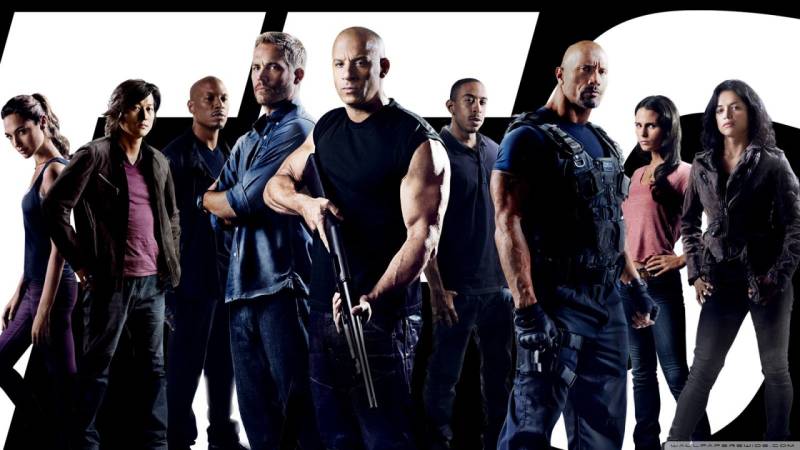 HOLLYWOOD (Web Desk) – Insane car chases, death-defying stunts, endless sass and yet oozing with heart and passion, that's the latest Fast and Furious for you. Faster and more furious than what we have seen in the last few films of the franchise, this one ramps up to full speed.

Here's what the film is about: Vin Diesel and his crew -- Paul Walker, Michelle Rodriguez, Ludacris, Tyrese Gibson and Dwayne Johnson are out for revenge against Deckard Shaw (Jason Statham) who is also out to get them.

Kurt Russell is a government agent who needs to retrieve a device that can track anyone's movements anywhere. When he fails in his pursuit to recover this device, he turns to Dom and his group, promising if they can retrieve it they can use it to track Shaw.

The latest version hits the bull's eye when it comes to portraying high-voltage action scenes. Having Jason Statham as the villain helps the makers in keeping the style quotient even higher than the 6th installment. This edge-of-the-seat thriller seems all set to rock the box office.

The film works as an emotional, action-fuelled tribute to Paul Walker who died while the film was being shot.