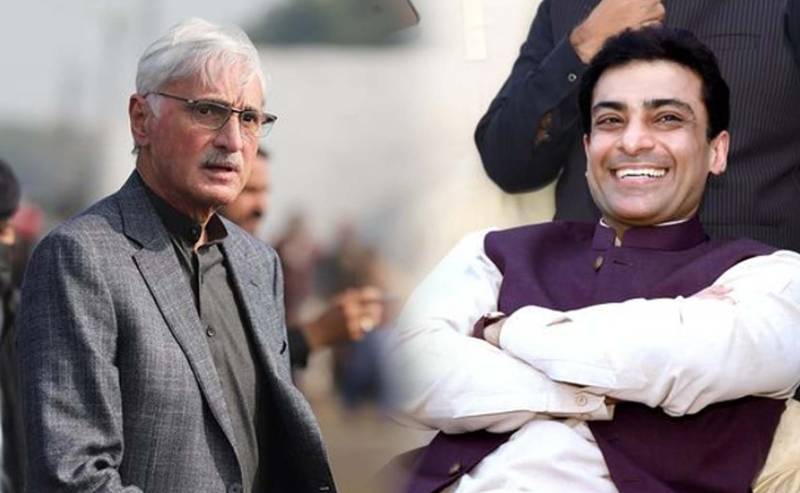 LAHORE – As ruling PTI and opposition leaders are striving to secure the slot of the Punjab chief minister, the group of estranged Jahangir Khan Tareen has formally announced to support Hamza Shehbaz.

JKT group’s senior leader Malik Nauman Langriyal made the announcement in a joint presser with the Leader of the opposition in the Punjab Assembly. He mentioned that the crucial decisions have been taken by Jahangir Tareen while no member of his group shows dissent.

PML-N leader Hamza Shehbaz announced to surprise the masses as he posed full confidence in clinching the CM Punjab poll and ousting Prime Minister Imran Khan in Centre. He also showed his gratitude to Tareen group members for their support.

Hamza also claimed that the PDM alliance had acquired a majority in both Centre and Punjab, saying that the rate of corruption was being set at the CM secretariat. He also mentioned starting development works in Punjab from where former CM Shehbaz Sharif had left.

The recent development came after former finance minister Ishaq Dar met Jahangir Tareen at a hotel in London. Dar also shared the development on Twitter as both sides exchanged views in a rare meeting.

Earlier, some leaders of the Pakistan Peoples Party mentioned that Hamza was only PML-N’s candidate and did not represent the joint opposition’s preference for the coveted spot.

Bilawal Bhutto’s spokesperson told a local publication that opposition parties have not yet made their decision regarding the CM Punjab slot, saying it must be ‘PMLN's internal decision’.