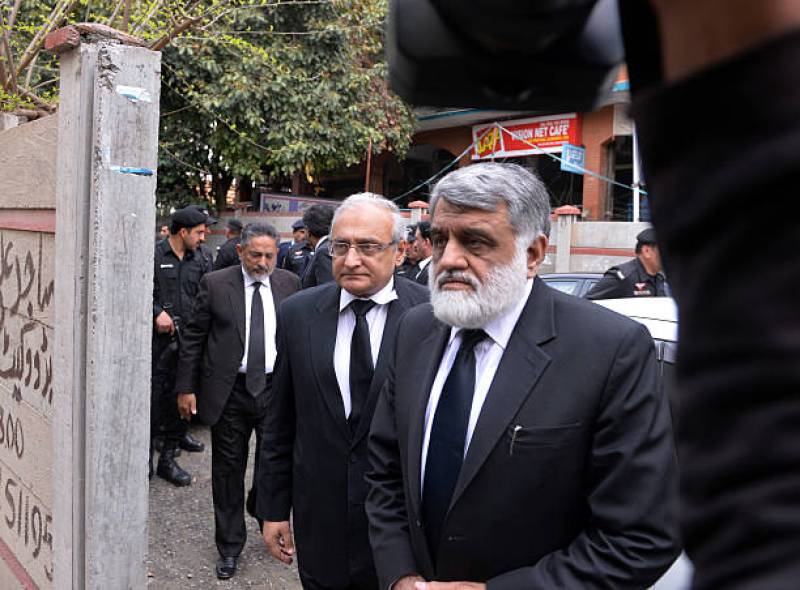 ISLAMABAD - The Chief Justice of Islamabad High Court, Justice Muhammad Anwar Kasi has denied the allegations put forth against him by his fellow judge Justice Shaukat Aziz Siddiqui regarding the meddling of Inter-Services Intelligence (ISI) in judicial proceedings.

Though Justice Kasi has not made the rebuttal in a public gathering, well-placed sources claim that the said judge passed the comments on July 29 decrying that Justice Siddiqui did not respond to a request for the provision of material to bolster his allegations.

The July 21st speech of Justice Siddiqui stirred concerns in the power corridors as the judge had directly alleged the premier intelligence agency of interfering in judicial affairs, with a special reference to the case involving former premier Nawaz Sharif and his daughter.

Justice Siddiqui had claimed that ISI personnel approached the IHC chief justice and asked him not to let deposed prime minister Nawaz Sharif and his daughter come out of the prison before the general elections and not to include him (Justice Siddiqui) in the bench and that Kasi responded the bench would be constituted as per their desire.

ISLAMABAD - The Supreme Judicial Council has issued a show cause notice to Justice Shaukat Siddiqui of Islamabad High ...

Upon this, Chief Justice of Pakistan Mian Saqib Nisar had sought comments from IHC Chief Justice Muhammad Anwar Kasi on the veracity of the allegations.

Moreover, the Supreme Judicial Council issued a show cause notice to Justice Shaukat Aziz Siddiqui over his speech at the Rawalpindi District Bar Association.

“After having examined the record and also the opinion of our brother Justice Asif Saeed Khosa and upon thoroughly discussing the matter while taking into consideration the material, we are inclined to issue a show cause notice to the respondent judge [Justice Siddiqui].”

“Let the matter be listed on August 28 for consideration of the reply of the respondent judge,” states the order passed by Supreme Judicial Council Chairman CJP Mian Saqib Nisar.