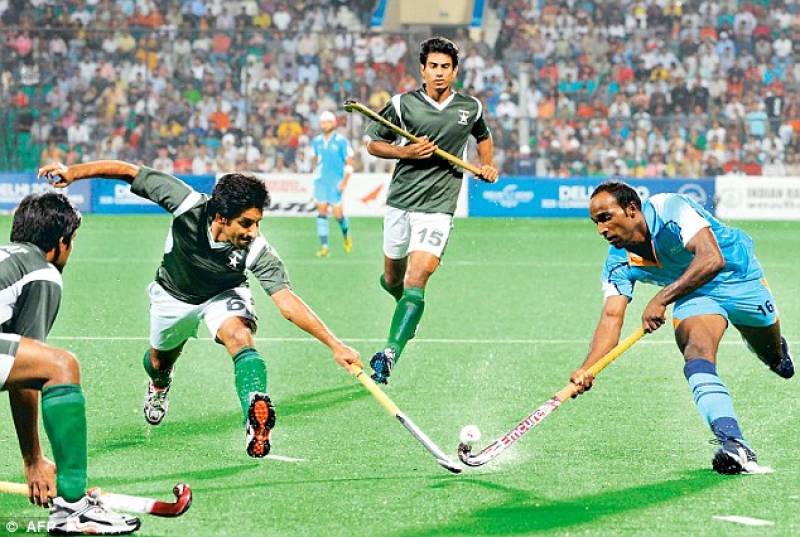 LAHORE - Pakistan Hockey Federation Secretary Shahbaz Ahmad Senior said on Thursday that Pakistan would not take part in any hockey event, to be organised in India including the 2018 Junior World Hockey Cup.

“We have decided in principle that we will stay away from all hockey events including the World Cup, being organised in India,” he told news agency.

The PHF official sounded confident by saying that it is time to pay India in the same coin as Pakistan junior team had deliberately been deprived of participation in the World Junior Hockey Cup.

He said that the indifferent and unjustified act of the Indian Hockey Federation to keep Pakistan team away from the mega event had set an ugly example.

If they did not let our team take part in the Cup, we will not be taking part in any hockey event taking place on Indian soil in future,” said the former Pakistan captain in a firm tone.

He said that the elite hockey events to be organised in India in future should be shifted to a neutral venue in the larger interest of the game.

“We have approached Pakistan Olympic Association, International Olympic Committee and world’s other sports organisations and expressed our reservations the way our team had been kept away from the World

Junior Cup by the Indian authorities,” he said adding “Indian hockey authorities’ unwarranted conduct is damaging for our hockey.”

The PHF was ready to send the team despite the prevailing tension between the two countries along the Line of Control (LoC) in Kashmir.

The PHF had not even asked for provision of any special security for the Pakistan’s junior squad in India, said Shahbaz.

Shahbaz pointed out that during the last year and a half, a lot of efforts and resources had been spent on the training of the junior team.

The side made two preparatory tours of Europe this summer. The improvement is very much there to be seen. Pakistan juniors, who ended last 6th in the 2015 Sultan of Johor Cup, surprised everyone by playing the final of the same event in 2016.

“All this has now gone down the drain. The junior boys, who had been looking forward to appear in the biggest event for their life, are in a state of shock. Pakistan hockey was banking on this bunch of players for the revival of its fortunes. This unjust act has pushed our hockey back a few years,” he added.

Junior Hockey World Cup is slated to begin in India from November 2018 and Pakistan's decision to miss the event would definitely leave it colourless for ardent hockey fans around the globe.