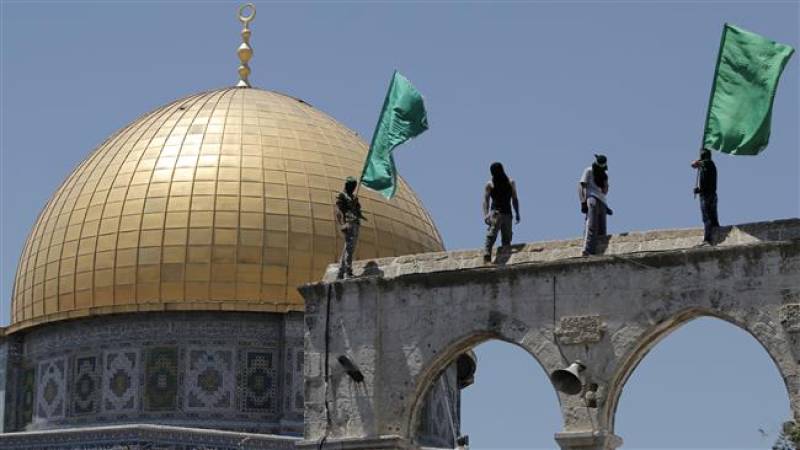 HAIFA -  In a fresh spree of protest against the bill suggesting a ban on Azaan (Muslim call to prayers) hackers took over Israeli television channels and aired Azaan here on Tuesday.

According to international media, the transmissions of the two channels Channel 2 and Channel 10 were stopped suddenly for 30 seconds and a clip started playing Azaan.

Apparently, the hackers took the step in retaliation to the recent legislation in Israeli parliament to ban Azaan.

As soon as the transmissions of the two channels closed down, there appeared some words 'Allah is great' written in Hebrew on the screens.

Confirming the news of its hacking, Channel 2 uploaded a clip on social media in which the Azaan can be clearly heard.

While the Azaan was playing on the channels, the photos of al-Aqsa mosque and other holy places of Islam were also being broadcast.

The disruption only affected the broadcast being streamed from an open satellite link. Subscribers to Israel's YES satellite television were not affected by the incident.

Israel's broadcasting authority said in response that "this is a hostile takeover of the satellite carrying the broadcast. We view this with the utmost severity and consider an act of sabotage."

It added it was working with law enforcement officials and the defence establishment to investigate the incident.

Earlier, an Arab member of parliament raised   Azaan in Knesset during his speech. Moreover, a church in Palestine raised Azaan in a bid to protest against a controversial bill which could prohibit mosques from using loudspeakers for delivering a call to prayer (Azan) in occupied East Jerusalem.