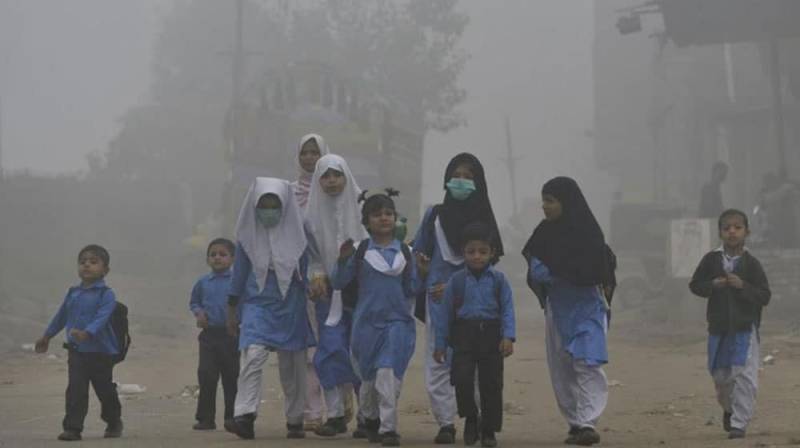 LAHORE – The Lahore High Court has hinted at one-week closure of schools and private offices in the hope that week-long holidays will help reduce toxic levels of smog in the country’s second-largest city.

Reports in local media said the court has directed the Provincial Disaster Management Authority officials and others to come prepared for the lockdown if the Air Quality remained poor.

Justice Shahid Karim remarked that desperate measures and health emergency must be imposed in the provincial capital.

Hearing numerous public interest petitions on the environmental issues, observed that the air quality index aggravated to alarming levels which made the city one of the most polluted in the world.

During the hearing, a senior official of the PDMA told the court that there had been a decline in air pollution during the last week. He also added that the smog would continue to decrease in the coming days.

Last week, authorities ordered private offices and schools to remain closed on Mondays in Lahore in the hope that a three-day weekend will curb toxic levels of smog in the provincial capital.

LAHORE – The Punjab government Monday decided to close private and government schools in the provincial capital ...

Smog is a mix of smoke and fog and is a specific type of air pollution that affects visibility and can cause serious health problems including irritation to human eyes, nose, and lungs.

Pakistan’s cultural capital is ranked one of the most polluted city, with a hazardous melange of factory and vehicle emissions, as well as smoke from agricultural fires, settling in the skies each winter.

LAHORE – The Lahore High Court (LHC) has directed private offices to halve their staff’s presence at ...