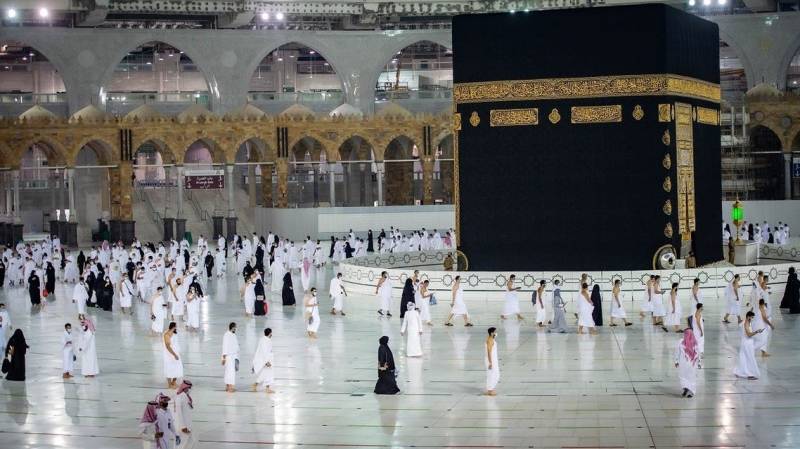 RIYADH – Saudi Arabia has announced that the foreign Umrah pilgrims would not need to undergo quarantine as the Kingdom relaxed the rules for completely vaccinated passengers.

The report of Saudi Gazette cited that the government has exempted Umrah pilgrims who have administered both doses of the approved vaccines from the condition of institutional quarantine.

In another update, the visa period for Umrah pilgrims has also been extended to 30 days, the ministry said adding that the foreign Umrah pilgrims, over the age of 18, will now get Umrah visas in accordance with the terms and conditions of the Saudi Ministry of Health.

As for the domestic pilgrims, anyone aged 12 and above will be allowed to perform the pilgrimage to Mecca.

However, it announced that pilgrims have to carry out PCR laboratory tests after 48 hours of institutional quarantine, and will be allowed to perform Umrah directly if they submit a negative PCR report.

JEDDAH – Saudi Arabia has imposed an age limit for pilgrims from abroad to make a pilgrimage to Makkah, the ...

With the recent updates, the officials have geared up to accommodate a maximum number of domestic and foreign pilgrims and worshippers at the two holy mosques.

As Kingdom ends social distancing, pilgrims however were still required to wear face masks and make reservations to perform Umrah and prayers in order to verify their immunity status at the entrances of the holy mosques, the ministry said.

RIYADH -- The Ministry of Hajj and Umrah, in cooperation with the Saudi Data and Artificial Intelligence Authority, has ...