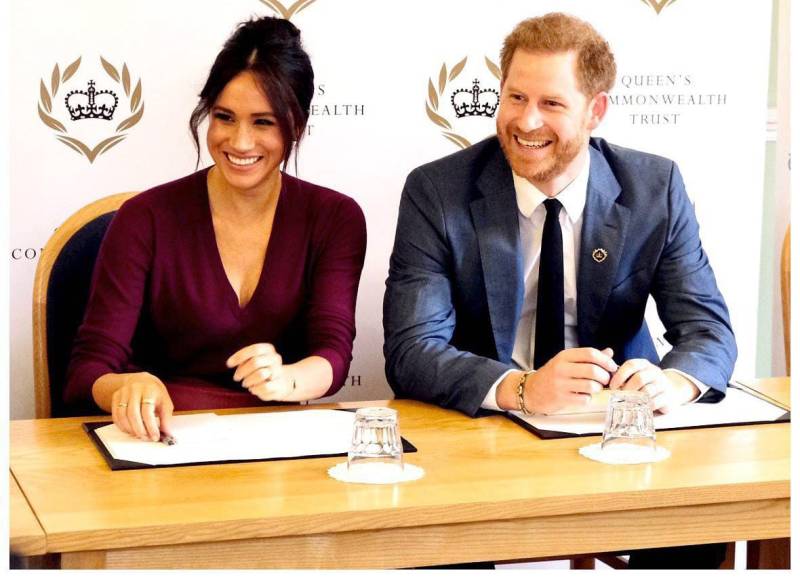 British royals Prince Harry and Meghan Markle, also known as the Duke and Duchess of Sussex, are anticipated to lift the curtain on their private life and subsequent exit from royal life.

Their upcoming Netflix docuseries just had its official trailer released featuring never-before-seen candid shots of the royal couple's intimate selfies, pregnancy photospreads, and even vacation snaps, as well as “behind the scenes “ affairs no one has access to.

The trailer for the £88 million series dropped receiving mixed reviews.

The 50-second-long trailer is set to dramatic music and features a flash of the pair looking visibly emotional. The trailer doesn’t provide a release date, however, it says “coming soon.”

The Duchess of Sussex, in October, had discussed the series in a cover story for Variety magazine.

A royal expert claimed that the release of the trailer for Sussex's Netflix docuseries has been 'deliberately designed' to take away the attention from the Cambridges' US tour.

Less than one million people have watched the official trailer in 10 hours, though the Sussexes have drawn strong criticism for releasing the trailer at a time when the Duke and Duchess of Cambridge are visiting the US.

For those unversed, Meghan Markle and Prince Harry got married in May of 2018. The couple has two children.

Prince Harry and Meghan Markle 'quit' social media, but why?