Civil Service Reforms - An out of the box approach 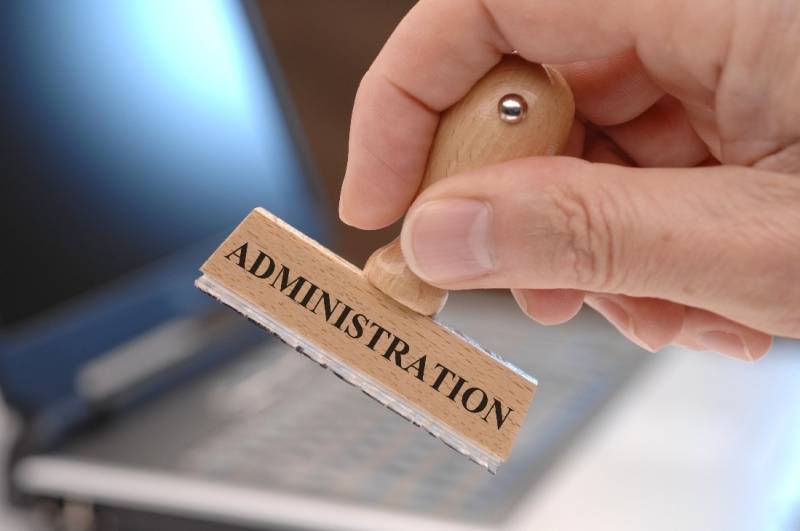 Much has been said and written about reform in Pakistan's Civil Service. Starting from almost 38 commissions and committees (ironically, mostly headed by retired civil servants) to the several name changes of the service that hardly brought about any meaningful reform, to the recent interest of international organizations, retired as well as young civil servants, it is clear that everyone agrees on the dire need of reform in this service.

There is, however, a need to look at this prism from outside of the bureaucratic world. A need to look at reform as desired by the end users of this service, the citizens. For it is the ability of civil service to deliver to the citizens of this country that defines its success (or otherwise).

The Steel Frame, as it was known in the times of the Raj, the Imperial Civil Service (ICS) was designed some 200 years ago by the British colonials to "rule" (at that time) 300 million subjects of the sub-continent. With mere 1,000 British officers, this incredibly well-designed service allowed the Raj to successfully subjugate greater India for over a century. What is more startling is that even after 70 years since the departure of British, the service has miraculously survived as originally conceived. Not surprisingly, the ICS officers returning to Britain after Independence in 1947 were forced into retirement for not having being trained to "serve" the public as required in Britain (ref: British India Office Record).

The ICS design enabled the British Raj to enslave and subjugate the local population through the power of law enforcement and reward for "loyalty". Provision of services to the local population was not the prime goal of this design. To make the service look more acceptable to Indians, the British started selective recruitment and training of local officers who would look native, speak native but think British. Keeping in view the dearth of quality educational institutions in the sub-continent at that time, the service encompassed an exam that would test knowledge, IQ and personality of the candidate. The successful candidates were then passed through rigorous training to equip them with skills of "general" management while implanting "elitism" in their minds (e.g. training to ride horses and play the royal sport of polo). This system was (and still is) catered to produce a class of "generalists" filled with old style colonial pride made to believe that they were intellectually superior to deliver in any field anywhere.

It is no wonder that even today we see a generalist civil servant heading a department for a length of time and then made in-charge of a line department requiring expertise in a totally different subject area. As a result, we often come across examples like a medical doctor running the Education department, an engineer running Health department, and masters in English Literature running Infrastructure department. This makes our civil servants "jacks" of all and yet masters of none. However, once faced by real subject specialists, civil servants find themselves obliged to bring them on board as "consultants (foreign or local)" at exorbitant remuneration.

A legacy of the colonial era, the civil service of Pakistan has been unable to transform itself into a modern service that is designed for "service delivery" to the citizens. Today's civil service revolves around the officers and their masters (i.e. whoever is in-charge, military or politicians) rather than the citizens. Our civil servants are thrown into a world which equips them with different levels of power (depending upon the seat) but is unable to meet their basic needs (e.g. remuneration commensurate to maintaining a fair standard of living for their families). This puts our civil servants at the mercy to seek the master's pleasure to obtain prized postings. Often, the influence of a posting exposes the civil servants to perks and privileges that are otherwise termed as "rent-seeking" or "corruption". This culture also causes the civil servants to constantly seek to be transferred to a better or more lucrative posting. Hence, they find themselves obliged to abide by the orders of the masters (irrespective of whether these orders are in the interest of the end consumer, the citizen).

A related dilemma faced by the civil servants is that of promotions. Since promotions are usually dependent upon "performance evaluation reports (PERs)" (formerly Annual Confidential Reports ACRs) to be signed by the supervising civil servant, they end up constantly massaging the egos of the seniors, unless if they find a short-cut to the good books of the masters (a ladder to accelerated promotion irrespective of what the PERs elucidate). Finally, since the system is supervised by earlier batches of officers produced by the same service, there is virtually no accountability and, hence, no performance.

For the reasons above, this structure of Civil Service needs to be reformed based on the modern principles of "relevance" and "competence".

In today's world of specialisation, there is no room for generalists. Keeping the swift evolution of technology, all successful countries transformed their civil services to cater to the needs of their public at large. Rather than creating large, bloated and red-taped bureaucracies, these countries instead started creating "departmental bureaucracies" to ensure "relevance". Some examples can be viewed at www.usajobs.gov; www.gov.uk; www.apsjobs.gov.au. These governments simply advertise the vacancy along with job description and eligibility requirements (just like in any private organisation). Eligible candidates fill out the application online, while the computer program assesses the applications and helps narrow down decision making for recruitment (or a departmental exam).

Keeping in view that today's Pakistan has almost 180 universities, churning out over 150,000 graduates yearly in almost every conceivable field of art & sculpture to aeronautical engineering and metallurgy, this country does not need a competitive exam to assess the knowledge, IQ and personality based on a 200-year-old colonial practice. The government(s) should rationalize the number of divisions/departments to a sensible figure (ideally below 20 compared with the current over 40), and each division/department should invite applications based on the job description and required competence (eligibility), leading to a computer generated recommendation or a departmental exam (as the case may be). The current Federal Public Service Commission can be restructured to include a mix of experts representing each of the departments along with retired bureaucrats and army officers, and noteworthy businessmen. Each department can be represented by an FPSC sub-committee including, among others, the area experts of the corresponding department.

This new recommended system shall address the current shortcomings by ensuring relevance (since only candidates meeting the eligibility criterion will be able to apply for the corresponding departmental vacancies) and competence (online applications shall allow sophisticated computer programs to shortlist the most competent candidates). There will be no inter-departmental transfers/postings (thereby giving the civil servants tenure security to concentrate on their assignments, rather than lobby for better postings/transfers). And since candidates will be absorbed directly by the market, their salaries will have to be commensurate with ongoing trends (thereby, reducing the need for civil servants in involving themselves in rent-seeking or embedded perks/privileges).

As a nation, we must realise that we cannot exist in isolation and should, therefore, evolve ourselves in line with successful models of the world. Governments of any civilised country are designed to serve (not rule) the public.

We have no choice but to think out of the box. We must not waste more time and should redesign our governance system to connect it to our people, for "service delivery" is the only way to bring back our disenfranchised public back into the fold of nationhood.

The author is a Fellow Chartered Accountant from England and the Chairman of Pakistan Freedom Movement. He can be reached at haroon@freedompk.org

Ticket In, Ticket Out

The verdict is out: here’s the best phone for everyone!

Mullah Mutiny: Is a coup in slow motion playing out in Pakistan?