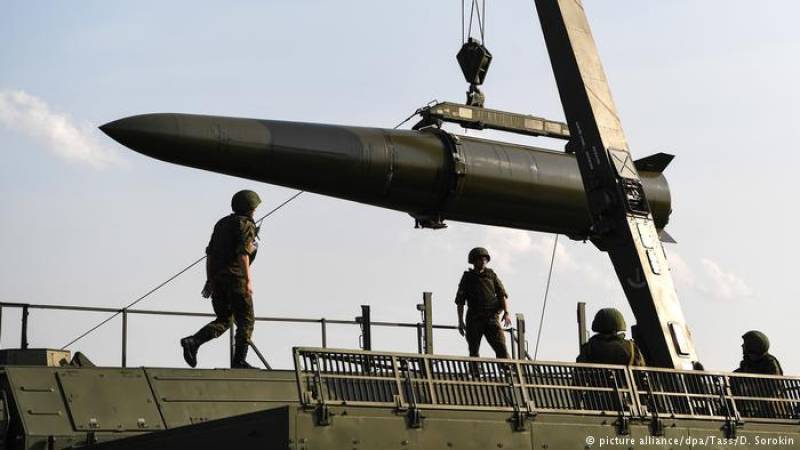 WASHINGTON - The United States (US) is suspending its participation in the Intermediate-Range Nuclear Forces (INF) Treaty on Saturday.

The United States said that Russia has long been in breach of this agreement and if it does not return to compliance within six months, the US will abandon the treaty altogether, Radio Pakistan reported.

The agreement bans both nations from stationing short- and intermediate-range land-based missiles with ranges of between 500 and 5,500 kilometres in Europe.

Secretary of State Mike Pompeo said that the United States would cease to regard itself as being bound by the treaty starting Saturday, which is when Washington will formally inform Moscow of its intent to withdraw.

For 5+ years we pressed #Russia to comply with the #INFTreaty. Russia remains in material breach, and is fielding illegal missiles. Time has run out. Tomorrow, the United States will suspend its INF obligations and notify all Parties of U.S. intent to withdraw in six months. pic.twitter.com/qDLbKyGYF5

“If Russia does not return to full and verifiable compliance with the treaty within this six-month period by verifiably destroying its INF-violating missiles, their launchers, and associated equipment, the treaty will terminate,” Pompeo added.

The announcement also raised fears of a new US-Russian nuclear arms race in Europe as well as one between the United States and China in Asia.

US President Donald Trump repeated US allegations levelled against Russia by saying that Moscow had violated the INF treaty, which limited only US and Russian arsenals.

Russia, however, insists that it is abiding by the agreement.

That treaty, which also limits deployed land- and submarine-based missiles and nuclear-capable bombers, expires in February 2021, can be extended by five years if both sides agree.