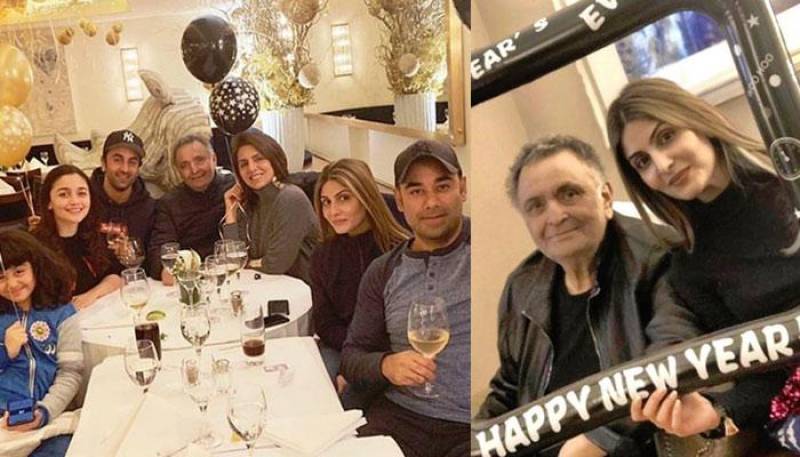 MUMBAI - A couple of months ago, Rishi Kapoor sent his fans into suspicions, after he announced that he was going to the US for treatment. However, the Kapoors did not reveal as to what illness Kapoor is battling. But for the first time, Neetu Kapoor seemed to have hinted at the nature of Rishi's illness in her latest Instagram post.

Neetu Kapoor took to Instagram to share a perfect family photo with Rishi, Ranbir, Alia, and Riddhima, and wrote, "Happy 2019 no resolutions only wishes this year !!! Less pollution traffic!! Hope in future cancer is only a zodiac sign!!! No hatred fewer poverty loads of love togetherness happiness n most imp. Good health."

Neetu Kapoor and Alia Bhatt have bonded quite well, ever since Ranbir started dating Alia. Neetu and Alia's warm and fuzzy photos take the net by storm and it is no secret that Alia is considered a member of the family. Riddhima Sahni had given Alia a bracelet, just after she started dating.

Alia and Ranbir, who fell in love on sets of Ayan Mukerji's Brahmastra, are going strong, and the buzz has it that lovebirds might take their relationship to the next level soon.

On the work front, the two will share the screen space for the first time in Brahmastra.