Blessings and wishes poured in for the happy couple 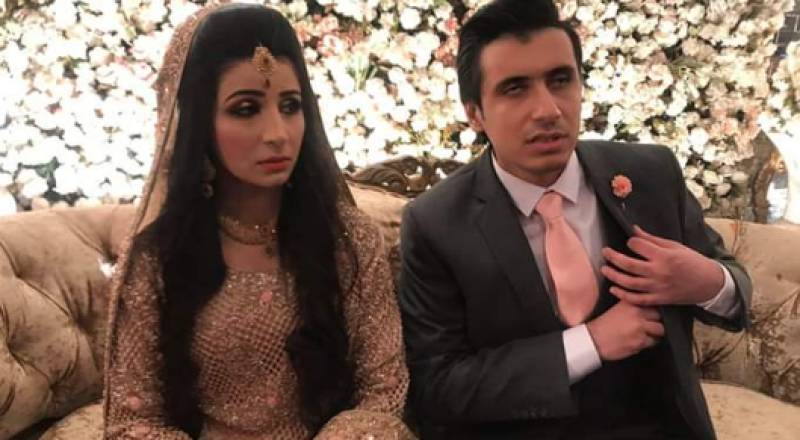 LAHORE - Pakistan's first blind civil judge Yousuf Saleem has tied the knot. Saleem changed Pakistan’s history when he challenged the Federal Civil Services system. He was rejected for the position of a civil judge despite being the topper because of his visual impairment.

The former chief justice of Pakistan Saqib Nisar took notice of the issue and after presiding in Saleem’s favour, the 25-year-old took the oath to be sworn in as a civil judge at Punjab Judiciary Academy on June 26, 2018.

A gold medalist from Punjab University, Saleem hopes to be the Chief Justice of Pakistan one day.

Saleem hails from Lahore and is the son of a charted accountant. He has four sisters and two of them are also visually impaired. His sister Saima Saleem became the first visually impaired civil servant in 2007 while the other sister is a university lecturer.

Saleem is visually impaired by birth. He suffers from retinitis pigmentosa, which is a group of rare, genetic disorders that affect the light-sensitive parts of the eye. As a child, he could see some vague images but is now progressing towards total blindness over time.

However, the impairment did not stop Saleem from achieving academic and professional accolades. “My family, teachers and above all assistive technology enabled me to continue my studies and achieve my dream,” Saleem had shared with the media before.

Here, wishing a blessed life ahead to the couple.