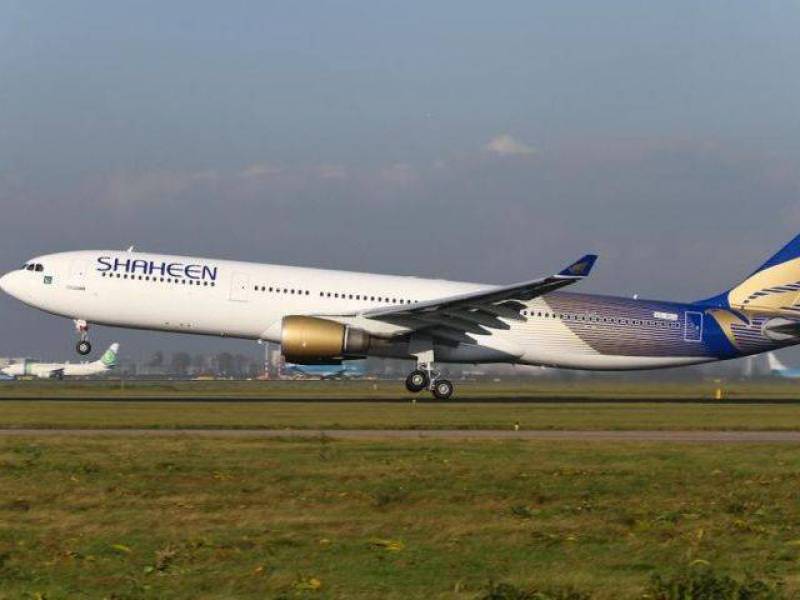 The engine of the Dubai-bound flight NL-766 started making loud noises seconds before takeoff, prompting the pilot to apply emergency breaks to keep the plane on the runway, local media reported.

However, the breaks caused three of the plane’s tyres to burst. No loss of life was reported. Civil Aviation Authority (CAA) personnel as well as engineers of Shaheen Air reached the spot and started rescue activities.

Related: Pilot was drunk during ShaheenAir crash landing in Lahore

All 160 passengers aboard the Airbus A-321 plane remained safe, airport sources said.

Pakistan’s airline industry has been tarnished by a string of tragic accidents in recent years.

Earlier in November last year, a domestic Shaheen Air flight made an emergency landing at Lahore's Allama Iqbal International Airport when one its tires burst. At least 10 passengers were injured in the incident.

A medical investigation conducted by the Civil Aviation Authority found that the Shaheen Air pilot was intoxicated and fatigued at the time of landing.

In April 2012, all 127 on board Bhoja Air’s Boeing 737-200 lost their lives when the flight flew from Karachi airport but crashed five kilometers from Islamabad.

Earlier in July, 2010, an Airblue jetliner crashed into Islamabad’s Margalla hills, killing all 146 passengers and six crew members on board.