The man who robbed the Italian Mafia is now after an innovative Pakistani startup, Investor's Lounge 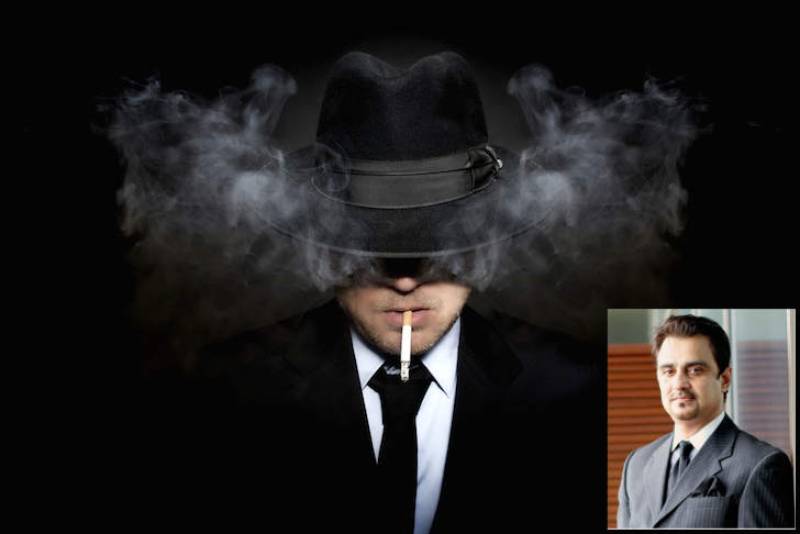 In a press release quoted by both papers, Khan also accused the four entrepreneurs of using the stolen source code to launch their own financial information start-up, The Investor's Lounge, at an incubation program for young entrepreneurs, Google-backed The Nest I/O, where later secured the seed funding to launch their start-up.

A First Information Report (FIR) was lodged in the presence of Sindh Rangers at Darakshan Police station and a raid was conducted at Investor's Lounge offices, according to the statement released by AMZ.

However, sources close to the accused start-up founders have claimed that Khan had a "special interest" in initiating proceedings against The Investor's Lounge. They added that the founders of the promising new venture had developed their platform "from scratch" and alleged that Khan was using his influence to prematurely shut down a future competitor.

Have the papers missed something out?

The case has been reported in the media as an unprecedented use of intellectual property rights in Pakistan, which are, to this day, irregularly enforced.

However, there are a number of glaring omissions in the details that have emerged from this developing story, which has largely relied on details coming from AMZ itself.

“There are three founders not four, and only the CEO [Baqar Jafri] was arrested, not all founders as claimed,”  said Jehan Ara, head of The Nest I/O, who worked closely with the four founders of The Investor's Lounge during their incubation.

“There was also no raid carried out on their office premises as suggested in AMZ's press release," she added.

However, while these details have been mentioned in the media, the sordid history of the complainant, Muhammad Ali Khan, has been ignored in all coverage of the case.

After returning to Pakistan in 2000 after a "highly successful career" (by his own admission) as an investment banker in New York, Khan established himself in the Karachi and UAE financial markets.

While in America, he made millions as the proud owner of the "first fully Muslim-owned" investment bank on Wall Street, according to a report in the Gulf Times, published at around the same time he left America to launch himself on this side of the world. The same report also cites another one of his "extraordinary" achievements: being the youngest-ever chairman and founder of an investment bank in America.

However, like local coverage of The Investor's Lounge case, the Gulf Times report on him also made a glaring omission: Khan came back to Pakistan as a fugitive in the US, accused of siphoning millions in securities fraud from his own investors, including the heirs of a prominent New York Mafia family.

Securities fraud in the US

On May 17, 1999, the US Securities and Exchange Commission filed a suit in a Manhattan court charging Klein Maus & Shire, Inc. (KMS), which was managed and owned solely by Muhammad Ali Khan, and KMS' parent company, the United States Financial Group (USFG), with securities fraud and other financial violations.

The Commission further alleged that at least 55 investors were defrauded of more than $2.7 million by Khan, who made "false and misleading" statements and "material misrepresentations" concerning the business operations and financial positions of both KMS and USFG, effectively inflating their value falsely "20-fold." and "200-fold", respectively.

According to the Commission's litigation release, Khan and his partner misled investors with false information and financial statements to interest them in a ~private placement" of KMS shares. A private placement refers to a limited sale of securities to certain investors who meet specified requirements for net worth and income.

Between April 1996 and June 1997, Khan allegedly induced at least 55 investors with false information and financial statements to buy KMS stock, including the heirs of a famous New York Mafia family, the Gambinos, who later named Khan in $2 million suit.

Khan was charged with using an elaborate scheme to artificially inflate the price of a number of securities by buying shares and then selling them to his clients without their consent.

He then used the proceeds from these allegedly fraudulent transactions for "his personal benefit", according to Eliot Spitzer, the New York Attorney General prosecuting the case at the time, by wiring them to an account in Dubai.

Although the transactions were forcibly reversed when the New York attorney general's office learned of them, their effect was to bankrupt the company, forcing it to close its doors by March 1999.

In a New York Times report published in January 2000, a few months after Khan escaped the cases of fraud registered against him in New York by fleeing to Pakistan, it was later revealed that USFG, "a supposedly diverse corporate empire", existed only on paper.

Khan's recent attempt to go after The Investor's Lounge was, interestingly, not the first time he had allegedly tried use his influence to shut down an upcoming competitor.

In April 2014, a letter surfaced on a financial blog InsideFinancialMarkets.com alleging that Khan had tried to use his influence in Pakistan to confiscate the user database and website rights of a company they had launched in partnership, Investors Guide 360.

The company was launched in 2011 to provide investors with up-to-date information about financial markets in Pakistan, by publicly sharing the financial reports of various publicly-listed companies.

However, once the company began doing well, Khan used his "influence" with the Securities and Exchange Commission of Pakistan to allegedly to pressure proprietor Baqar Abbas Jafri into shutting down the website.

"He has usurped all my concept and workings, and portrayed me as employee," said Jafri in the letter. "Now, he is portraying me as a former employee (CEO) fired by the company."