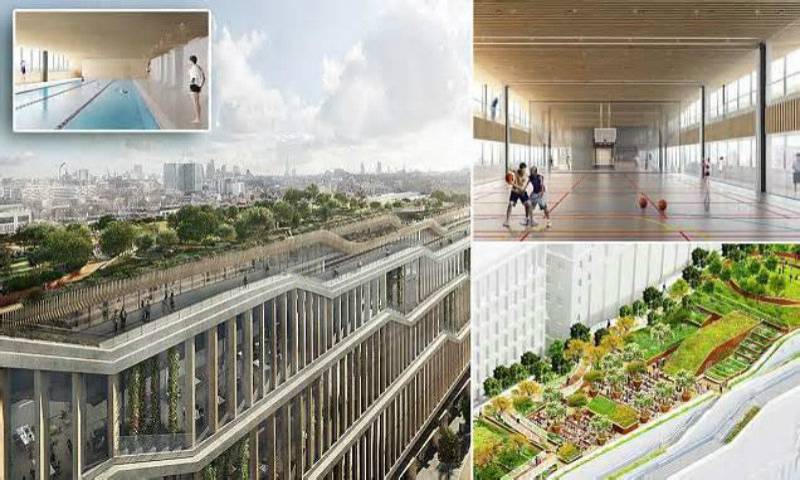 LONDON - US tech giant Google has unveiled its plan for a new 11-story, 1 million-square-foot headquarters in London near King's Cross railway station, complete with a sprawling, landscaped rooftop garden.

The company currently has a smaller headquarters in the area, along with another nearby building.

The facilities will include a cafe, gym and pool as well as a rooftop track and ground-floor retail spaces, according to the company's design.

The new campus has been designed by an all-star team that includes Thomas Heatherwick, the British designer behind London's 2012 Olympic cauldron, and Danish architect Bjarke Ingels' BIG firm. The two are also collaborating on Google's Mountain View campus in California.

Heatherwick was the mastermind behind the recently scrapped garden bridge in London while Ingels opened what he calls a "courtscraper" - a structure that combines a communal courtyard with the density of a skyscraper - in New York.

"Our design for the new Google campus at King's Cross is rooted in the local character of the area, taking advantage of the contextually defined building envelope while creating continuously cascading work environments that will connect Googlers across multiple floors," Ingels said in a statement.

"By opening up the ground floor and activating the roofscape, the light and airy workspaces are sandwiched between the terraced gardens on the roof - and market halls, auditoria and shops on the ground."

Google had submitted designs for a new headquarters in 2013, but they were later scrapped. If the new application is approved by Camden Council, construction will start next year.