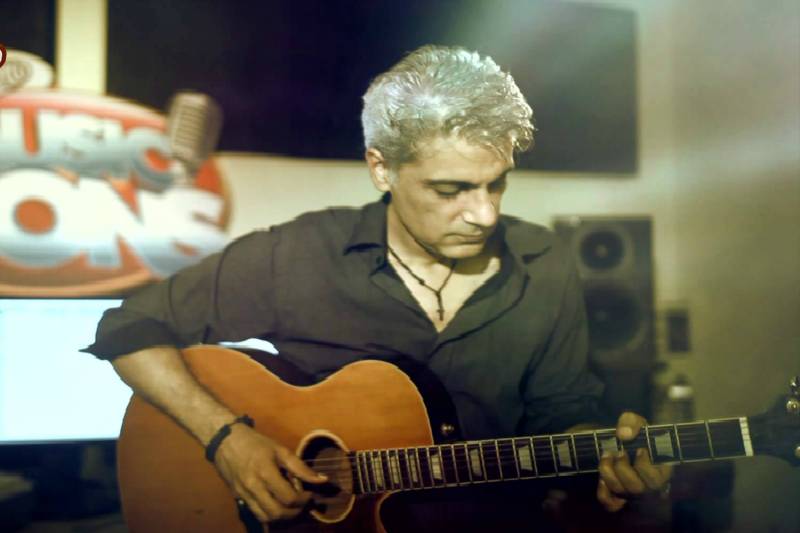 Aamir Zaki, the renowned legendary guitarist passed away on Friday at the age of 49.

Zaki suffered from heart failure after a long battle with health problems, as per reports.

"The legendary guitarist the magician Amir Zaki just passed away. Recite Fatiha for departed soul," confirmed one of his relatives on Twitter.

The former Vital Signs member’s death was also confirmed by relatives including his brother Shahid Zaki.

“We are still shifting the body. The funeral will most likely be held tomorrow," told a family member to The Express Tribune.

He was known for his melodic phrasing, feel, and tone. His debut album Signature was released in 1995, and Zaki was awarded a gold disc by Soundcraft UK for it.

The musician, who made his overdue debut on Coke Studio in 2014, was last seen in action performing at the two-day long I Am Karachi Music Festival.

Signature was an independent release. He put his own money into releasing this high-risk venture. The first CD batch was made in England. Sonic released Signature in Pakistan. The album was an immediate success. And for the first time in the region, guitar instrumentals made it to the households through FM radio.

Fans on Twitter started extending their condolences and expressing grief over the untimely demise of the maestro as soon as the news surfaced on social media.

Sorry to hear that the legendary guitarist Amir Zaki has passed away. There was no other like him. Innalilla hi wainanila hai rajaoun

Can't believe it. A true musician. Rest in Peace #AmirZaki

It is confirmed that Amir Zaki has passed away. Please spare a moment to pray for him. May his soul rest Rest In Peace. Ameen

Just got the confirmation: Amir Zaki passes away after prolonged illness and a heart attack.
May his soul rest in peace. Such a tragic loss. pic.twitter.com/omLqdwalnf

A true Legend passes away #AmirZaki you will always be remembered.