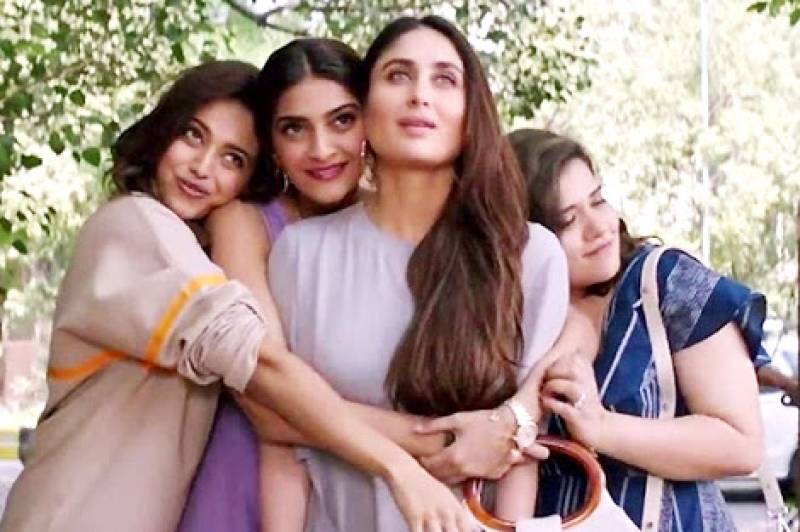 Veere Di wedding a movie probably every girl gang wasn’t ready to watch together on big screen got banned in Pakistan, we wonder why? This female centric film shows the sides of females not everyone is ready to acknowledge. Kareena Kapoor, Sonam Kapoor Sawara Bhaskar and Shikha Talsania did an amazing job.

This female led film has already made 10.70 on day 1 of its screening. The movie is directed by Shashanka Ghosh and produced by Ekta Kapoor,  Rhea Kapoor and Nikhil Dwivedi.

We have listed a few fun facts about Veere Di wedding.

The moment superstar Kareena got confirmation about her pregnancy she decided to step back from this role. Due to the stress, pressure and odd shooting timings she was worried for her health and not doing justice to her character. Rhea Kapoor had other plans as she decided to change the character of Kareena to make things easy for the actress.

Kareena also turned down a huge project for this film. She was approached by Aanand L Rai for his film Zero starring Shah Rukh Khan for the lead role but She turned the offer down for Veere Di Wedding. The shooting dates of both the films were clashing and her pick is obvious!

When actress Swara Bhaskar came to know about rest of the cast she got a bit conscious with her looks. This was not it the news of working with Sonam and Kareena got to her which gave Bhaskar new mission, Well fitness mission. Swara is famous for her performance oriented roles and for Veere Di wedding she had to be sure about her glamorous role.

Swara was on strict diet and wasn’t allowed to eat fast food or anything fattening during the shoot. However one day she managed to get Maggie and pizza to put a stop on her cravings. Soon the producer Rhea Kapoor came and took the food away replacing it with salad. The question was who told the producer about her food?? Well it was non other than Kareena who told on Bhaskar just because she wasn’t allowed to eat all the fattening food either. Lol

Actress Shikha accepted the fact that in her spare time she tends to read all the comments, messages and hate which she gets. Mostly which is on her weight which kind of makes her sad. Kareena is not on social media but she knows all the fun stuff happening around whereas Sonam does not read anything online and she prefers reading a book instead.