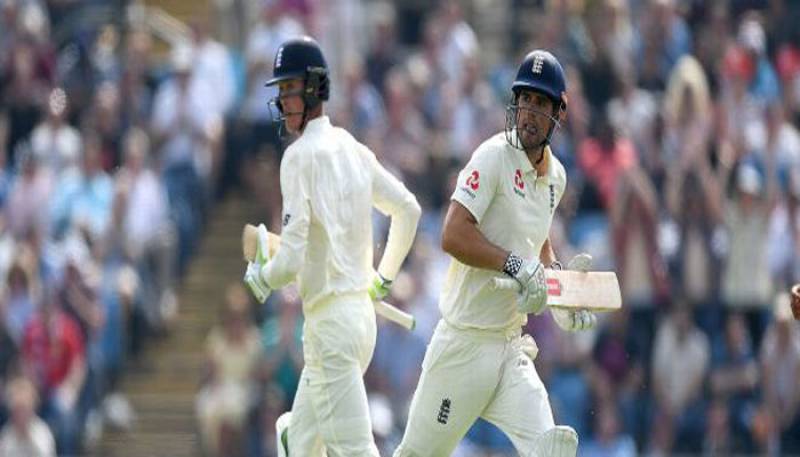 LEEDS - England will resume their first innings from 106 runs for two on day two of the second Test against Pakistan at Headingley on Saturday.

The hosts just 68 runs behind Pakistan's lowly first-innings 174 all out.

England captain Joe Root was 29 not out on his Yorkshire home ground, with nightwatchman Dominic Bess unbeaten on nought.

The one sadness for England was that Alastair Cook, their all-time leading Test run-scorer, fell shortly before stumps for 46.

Earlier, Shadab Khan took Pakistan to three figures as the teenage leg-spinner made his third fifty in successive Tests.

But the tourists' top order struggled as England´s veteran new-ball duo of Stuart Broad and James Anderson, much criticised for bowling too short in Pakistan´s nine-wicket win in the first Test of a two-match series at Lord´s, produced a succession of fuller-length deliveries.

Pakistan arrived in Leeds knowing that if they avoided defeat they would be able to celebrate their first Test series win in England for 22 years.