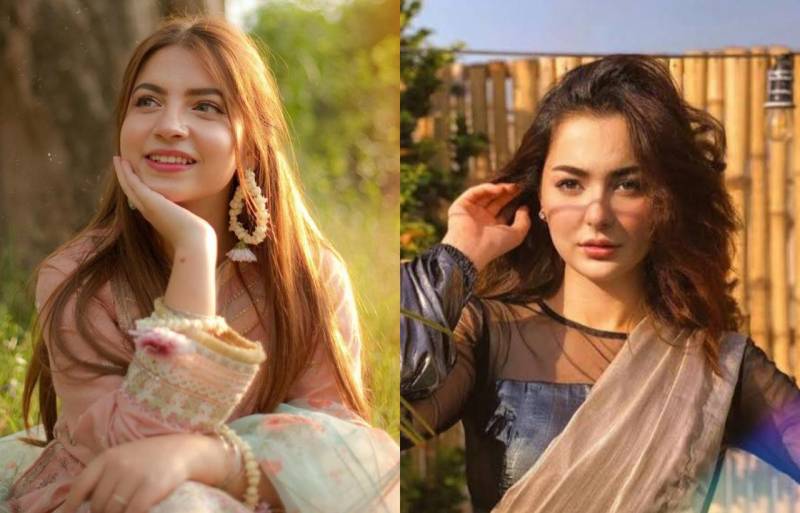 Hania Aamir and Pawri girl Dananeer Mobeen have formed an adoration for each other and are often spotted showering love on each other.

Recently, social media sensation Dananeer took to her Instagram stories to answer the questions posed by her fans. With a burgeoning list of interesting revelation, a fan was particularly curious about the friendship of Amir and Mobeen and how they met.

Dananeer responded with an adorable selfie of her and Hania from their first meeting and wrote, “This was the first time we met. It was on the shoot of her upcoming film. And we instantly hit it off. Now I can’t imagine my life without her!” 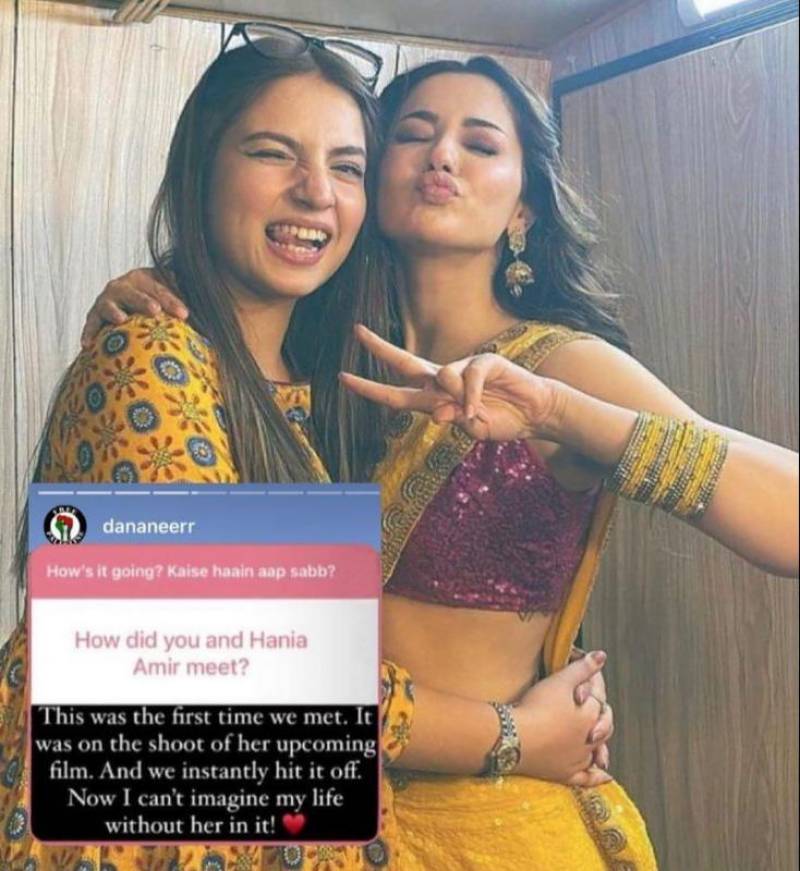 Reciprocating the love, the Dilruba star reposted the picture and reply to her own Instagram story as well, “Yeh tou bohot wholesome hogaya (This got very wholesome)”.

The 19-year-old “pawri” girl Dananeer shot to fame after her five-second video went viral on social media across the subcontinent. The short video shot by the influencer in the Nathiagali mountains of northern Pakistan and uploaded on Instagram showed a group of youngsters enjoying themselves by the roadside.

On the work front, Hania and Dananeer both were named the brand ambassador for the Pakistan Super League team Peshawar Zalmi.

‘Pawri' girl Dananeer Mobeen has shared a video of herself celebrating rain in the moonlight. Wearing a black ...