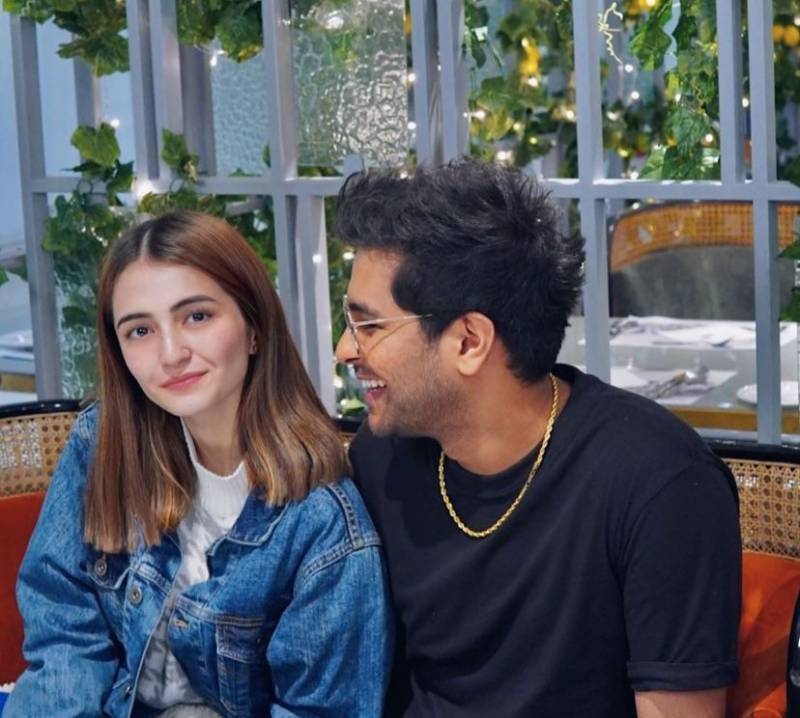 KARACHI – Pakistani star Asim Azhar has released his new song, Chal Jaan De, featuring his finance Merub Ali, and it is befitting gift for fans ahead of Eid-ul-Azha.

The Ghalat Fehmi's singer dropped the song on his Instagram and YouTube channel. “Chal jaan dayyyy… Eidi for you guys. IT’S OUT!!!” he wrote.

The fiery music video landed the celebrity couple in a free fire zone as both can be seen holding guns and firing shots. Azhar gazes at Merub lovingly when she fires shots.

The 25 year old singer has been storming the internet after the young heartthrob got engaged to fashion model and now actor Merub Ali.

Taking to his Instagram story, Azhar said that he had another surprise for his fans, adding that they have wait for it.

With the monsoon around, Pakistanis are now enjoying heavy rainfall and pleasant weather in different cities. Many ...