ISLAMABAD – The National Highways and Motorways Police (NH&MP) have adopted various modern standards of operations to curb the traffic violations.

In a video message, Inspector General of Motorway Police Khalid Mehmood said that the steps had been taken to ensure the safety of public as the World Health Organization’s (WHO) data showed that more than 30,000 people died in road accidents in Pakistan every year.

Explaining the new tracking system, Mehmood said that “spotters” will be deployed at different points on motorways, adding that these police officials will be equipped with high definition cameras to be used to take pictures if commuters violate traffic rules including seat belt, speed limit and use of mobile phone during driving.

The Motorway police chief said that ticket would be issued to violators with evidence and they would be allowed to exit the motorways only after paying the fine.

The Motorways Police IG said officials will be appointed at every exit point to catch vehicles which have not cleared their previous traffic challans.

Motorway police vehicles are being equipped with variable message signs (VMS) to stop commuters if they commit any violation, Mehmood said.

The number of the vehicle and type of violation will run on the back screen of the police vehicle to inform drivers to stop their vehicles for challan. 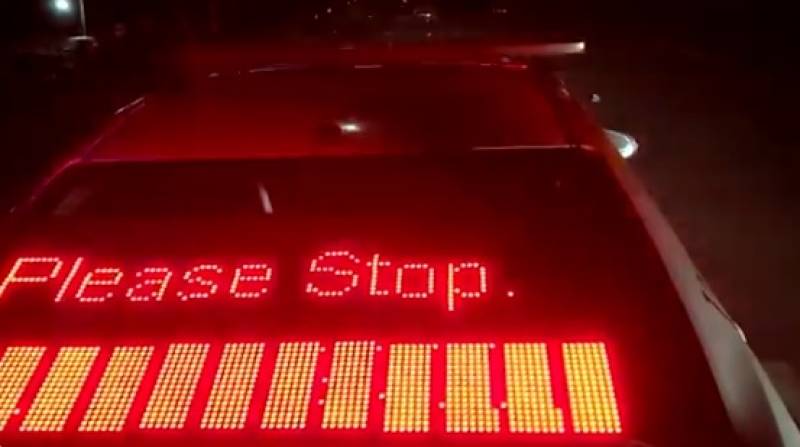 The motorway police chief said that an international standard point system has also been introduced in Pakistan, adding that drivers will get negative points for every violation and their licences will be cancelled if negative marks reach a certain level set by the police.