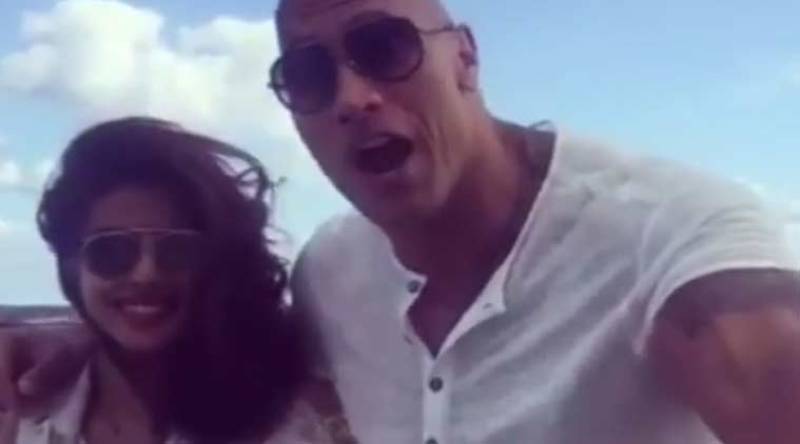 Lahore (Web Desk) - Bollywood star Priyanka Chopra has begun shooting for her debut Hollywood film “Baywatch” in Miami. The movie is based on the 1990’s hit TV series.

The 33-year-old actress, who made her international debut last year with thriller TV series “Quantico,” is going places and showing some real girl power.

Earlier Priyanka made a stunning Oscar debut on Sunday, where she also presented the best editing award to “Mad Max: Fury Road”.

She attended the awards after party wearing a silver gown and immediately left for the airport to catch a flight to Miami.

“Baywatch” revolves around the leader of an elite group of lifeguards (Dwayne Johnson), who is forced to team up with a young, hotshot former Olympian (Zac Efron) to save their beloved bay. Priyanka plays a villan role as Victoria Deeds. The film is scheduled to release on May 19, 2017.