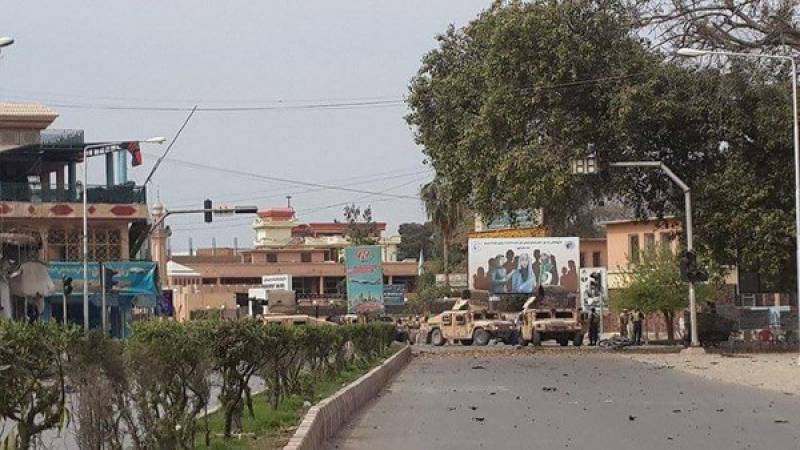 Rescue teams and security agencies rushed to blast site immediately and the area was cordoned off. Nobody was allowed to travel towards the location after blast.

According to Afghan media reports, the blast was a suicide attack and sounds of gunfire also followed it. The number of injured and casualties is feared to rise.

In a brief talk to Indian media, the Indian consulate administrator said that all staff members in Jalalabad were safe and out of danger zone.

None of the insurgent groups, including Taliban and Islamic State group, immediately claimed responsibility for the attack.

It is also relevant to be mentioned here that Iranian consulate was also located near the buldings of Pakistani and Indian consulates in Jalalabad.

The blast comes just a month after six security personnel were killed in a strong blast outside Pakistani consulate in Jalalabad. A gun battle between armed men and security officials was also reported after the blast.

Pakistan, Afghanistan, China and United States are also due to meet representatives of Afghan Taliban in Islamabad this week when the four nations  are expected to finalise a plan to hold direct talks between Afghan government and Taliban insurgents.