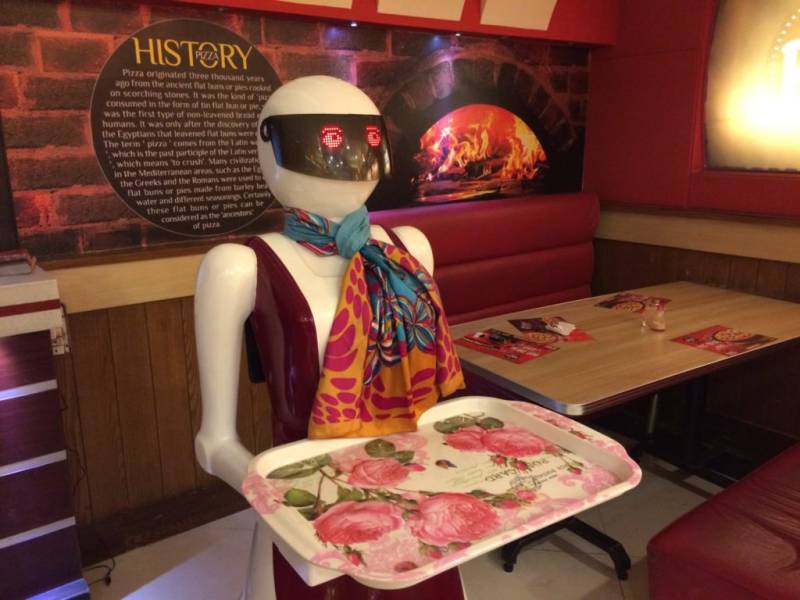 The latest addition to  Pakistan's thriving tech ecosystem is a robot operated restaurant (pizza.com) in Multan, where a robot has smartly taken the position of a waiter.

The robot waiter idea is the brainchild of Syed Usama Aziz who graduated from National university of Sciences and technology and developed the robot for his father's pizza corner.

Usama after burning the midnight oil for 8 months and investing a staggering Rs 400,000 finally came managed to develop the waiter robot in Pakistan.

The robot is designed such that it takes orders, serves the foods, greets the guests and can also detect obstacles in its path.

Usama in an  interview to Geo News expressed that his robot was smartly designed and could detect obstacles in its path. He vowed to improve the robot in order to boost artificial intelligence.