Kashmiris and Pakistanis are one, President Alvi says in Independence Day message 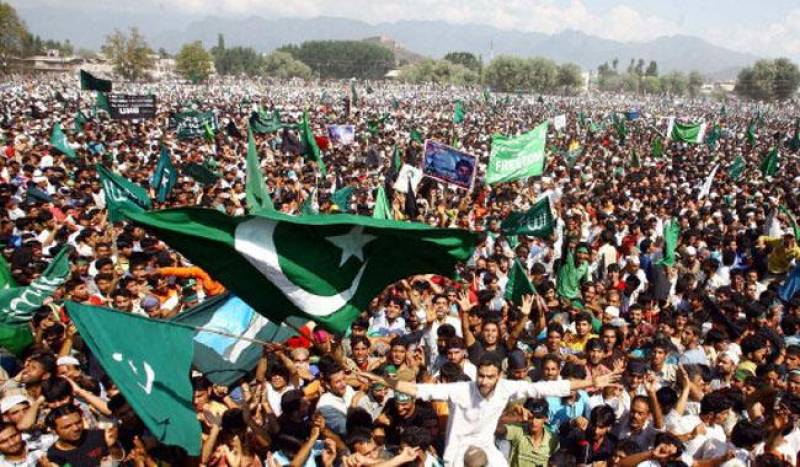 ISLAMABAD – President Dr Arif Alvi has said that the Indian government's unilateral move to end special status of the Indian occupied Jammu and Kashmir (IoJ&K) was a despicable conspiracy and blatant violation of the United Nations resolutions and the Simla Agreement.

The Indian government should realize that with use of such state aggression and absurd measures, the movement for freedom in the IoJ&K could not be suppressed, he added.

In a message on the Independence Day, which is being observed on Wednesday to express solidarity with the Kashmiris, the president said the world was witnessing the fact that the whole nation was supporting the people of the held Valley and would continue extending its political, diplomatic and moral support to them till the achievement of their right to self-determination.

"We will not leave them alone at any stage. Kashmiris and Pakistanis are one. Our grief is common as their tears move our hearts. We were with them; we are standing with them and will continue to do so," a press release quoted the president as saying. 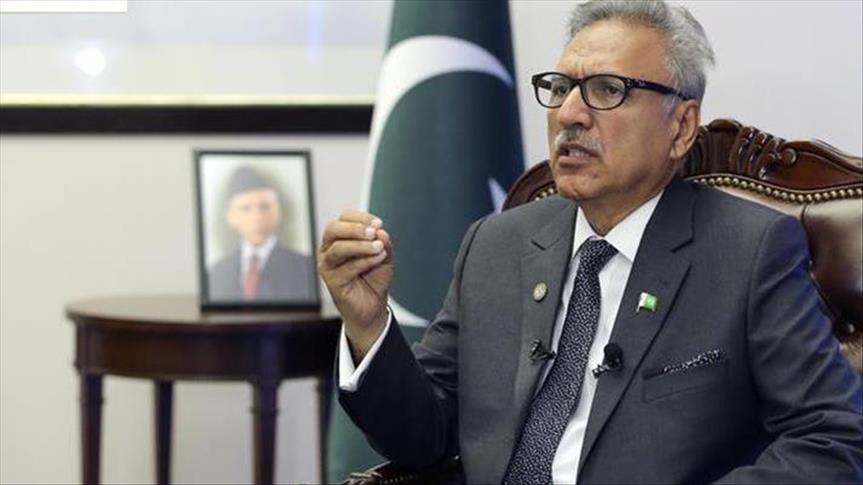 Extending felicitations to the nation on the Independence Day, the president stressed upon unity and harmony among its ranks of nation to face the challenges and issues confronted by the country for achieving the national objectives of progress and prosperity.

He observed that all the strata of society had to work hard, irrespective of the factional or individual interests and called upon all the citizens to play their due part in the progress and development of the country.

President Alvi said their forefathers had given immense sacrifices and due to their untiring efforts, Pakistan emerged on the world's globe as an independent country on 14th August 1947.

"No doubt, freedom is a huge blessing. Now onus is upon us to present Pakistan as a highly reputable, progressive and prosperous country among the comity of nations and thus transforming Pakistan under the visions of its founding leaders Quaid-e-Azam Muhammad Ali Jinnah and Allama Muhammad Iqbal." He said it was a matter of satisfaction that the young generation with a passion of patriotism possessed the desire for the development of country.

He also paid tribute to all the martyred people who had laid down their lives for safeguarding the freedom.

The president observed that the Independence Day also reinvigorated the spirit of patriotism and strengthened the passion to take the national flag to further heights.

The president called upon the countrymen to reiterate their commitment for making Pakistan a developed and prosperous country.