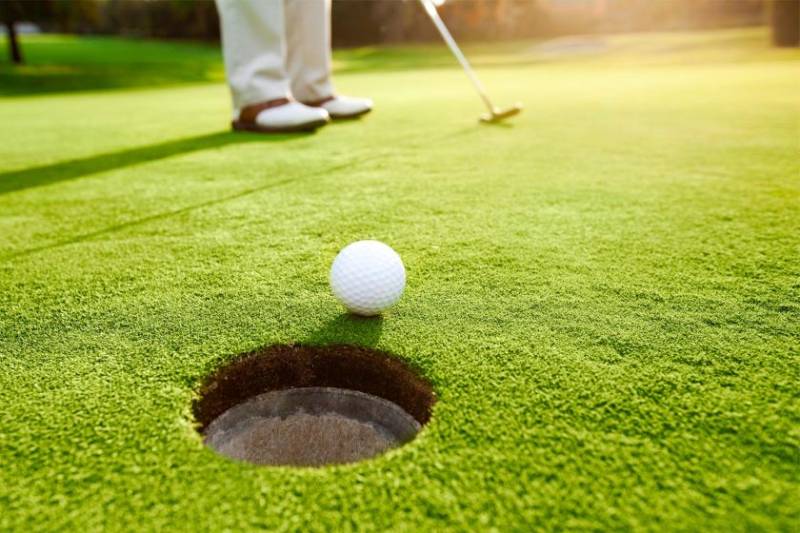 With 90 golfers of distinction seeking adoration and exaltation, the flow of competitive activity in this golf related confrontation was rather ferocious and noticeable was an effort on the part of each participant that can be graded as remarkable. As happens in such heated bouts, the successful ones are those who display mastery, cohesion and steadiness in application of golfing skills.

And while others had to be content with commendable effort, it was Ahmed Nawaz Tiwana who surfaced as the gross champion with a score of gross 71, one under par. Ahmed owes his illustrious performance to powerful and accurate hitting off the tees, bolstered by precise and unerring shots from the fairways and meticulous putting on the greens which is a task that requires composure and nerve free handling of the putter. The praiseworthy score of 71 was achieved through four majestic birdies on holes 1,8,10 and 12,eleven regulation pars and stroke losses on holes 6,16 and 17.

Runner-up of the gross section was a very able one, Rana Nasir, a five handicapper who played competently and assuredly, but three stroke losses as against one birdie proved to be his undoing. His score for the event was gross 74, two over par and losing margin was three strokes. Rana Nasir may have lost to Ahmed Nawaz, yet he should consider himself lucky as he and Jamal Nasir (six handicapper) were bracketed at the score of gross 74, but Jamal had to concede second position to Rana as Rana had a better score over the back nine.

Quite a few other participants played with poise and grace, yet could not make the top most grade. Haris Naseer played a round of gross 75 and should feel satisfied with his effort.Finishing at a score of gross 76 were Sardar Murad, Saif Hassan, Umer Chaudry, Faisal Syed and Adam Khan. And the Tournament Organisor Haroon Shafiq rightly pointed out that competition was cut throat.

Out of the talented and able ones in the net section race, Muhammed Ibrahim made his mark by remaining accurate off the tees and conformity to the basics of putting while concluding each hole. For a 15 handicapper this is a laudable realization and will encourage him to fine tune his game further. His score of net 63 is like a dream come true. Runner-up in the net category of the competition was Kashif Ibrahim, and he missed the first net by one stroke. For him achieving the net score of 64 was noteworthy indeed. And the competition was so rugged that a player like Usman Bhatti who had an awesome score of net 65 could not win a prize.