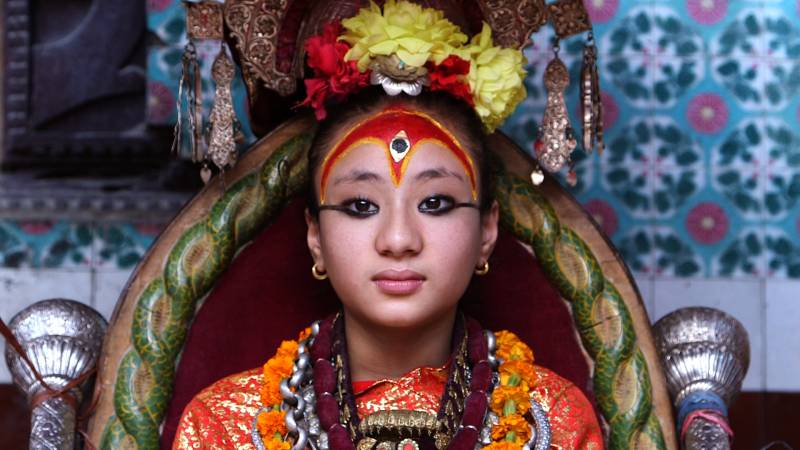 KATHMADNU (Web Desk) - When a devastating quake hit Nepal last week, a nine-year-old girl worshipped as a living goddess was preparing to receive devotees at her home in the heart of Kathmandu's Durbar Square.

As the earth shook, the ancient temples and statues that packed the square collapsed, sending a massive cloud of rubble and dust into the air. But the home of the living goddess, or Kumari, escaped with just a few cracks.

"She protected us," said Durga Shakya, the 55-year-old caretaker of the Kumari house, who like all her entourage is from the Newar community indigenous to the Kathmandu valley.

"Look around, the Kumari home is intact. There is a little crack on the other side, but otherwise nothing has happened," she told an international news agency in Kathmandu.

"Even inside, nothing has fallen down, everything is fine."

The Kumari, a pre-pubescent Newar girl, lives in isolation in her small palace and emerges only on feast days when she is paraded through Kathmandu in ceremonial dress. 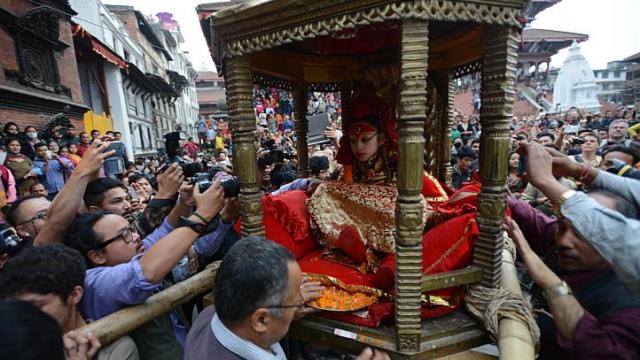 The popular tradition combines elements of Hinduism and Buddhism and selection criteria are strict.

Priests say that to become a Kumari, a girl must have a number of specific physical attributes including an unblemished body, a chest like a lion and thighs like a deer.

Even if they fulfill all the physical requirements, aspiring Kumaris must then prove their bravery by not crying at the sight of a sacrificed buffalo.

Kamal Tara Shakya, a 48-year-old Newar woman who looks after the young girl in her palace, said she appeared unafraid when the quake hit.

"I was in the kitchen, after the quake struck I ran towards her, it (the house) was shaking so badly," Shakya told the agency. 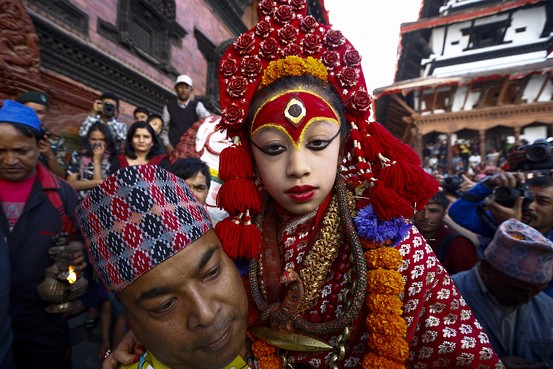 "I took her on my lap. All of us huddled around her and prayed. She didn't say anything. She didn't seem scared."

Once the shaking subsided, Shakya took the young girl to the courtyard of the house where they have remained ever since for fear of aftershocks causing further destruction.

When journalists visited the house early on Saturday a priest was performing a blessing in the courtyard as staff chopped vegetables in the corner.

Mattresses and blankets lay on the floor, but the house appeared intact.

"I believe in her, she has protected us," said Anupa Shrestha, a 28-year-old housewife who had come to pay her respects.

"It is amazing to see the house okay, it shows her power... I was hoping to catch a glimpse of her, but I was very happy that her house is not damaged."

Durga Shakya believes the quake was a punishment from the gods, and that the Kumari knew it was coming.

"We will have to do an apology puja (blessing), she said.

"This has happened because people have disrespected the gods. This is a religious site, but people were holding all sorts of concerts and gatherings here. They should have been more respectful."