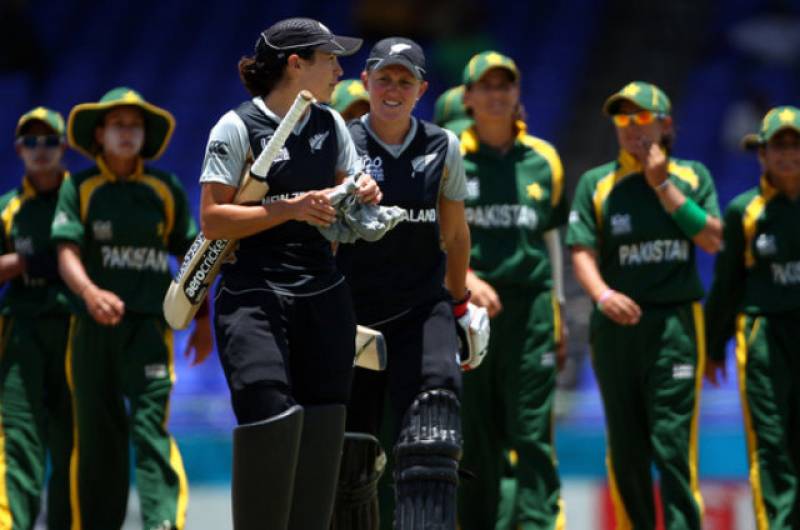 SHARJAH - New Zealand's spinners helped topple Pakistan for 147 in the second One-Day International to take the series 2-0 in the UAE.

Pakistan won the toss and elected to bat first. Hannah Rowe (2-17) provided the early breakthrough for New Zealand with the wicket of Ayesha Zafar (2) while Javeria Khan (2) was run out a few overs later.

Nahida Khan (39) and Bismah Maroof (36) tried to consolidate the innings with their 46 run stand but the innings collapsed dramatically when the former fell.

From being 74 for two, Pakistan were dismissed for 147 runs with only Sana Mir (31) showing some resistance in the middle and lower order. For the White Ferns, Amelia Kerr (3-35) picked three wickets while Rowe and Leigh Kasperek (2-31) picked two wickets apiece.

Sophie Devine then led the chase with a breezy 62 run knock to help her team complete the chase in 24 overs with seven wickets in hand.

New Zealand have already claimed the series 2-0 and got another crucial two points to their ICC Women's Championship tally.