US cipher is a reality, says PTI 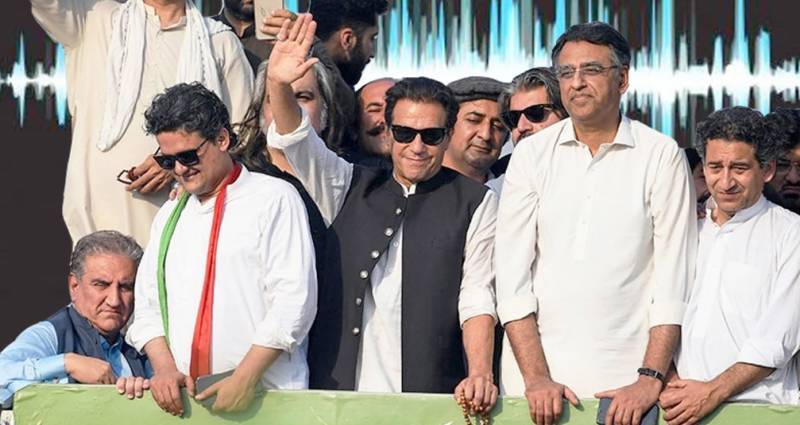 ISLAMABAD – Responding to the Pakistan Democratic Movement (PDM)-led government’s decision to take action against former prime minister Imran Khan over his alleged audio leaks about US cipher, the Pakistan Tehreek-e-Insaf (PTI) said that cabinet summary proved that the US cypher is a reality.

Addressing a press conference in Multan on Sunday, PTI Vice Chairman Shah Mahmood Qureshi said that the government accepted their stance on the cipher. He maintained that they never took a step that harmed the national security.

“The government is in a frenzy,” the PTI leader said, adding they were not afraid of an investigation.

He maintained that it was shared by PTI’s government with the then National Assembly speaker and Chief Justice of Pakistan amongst others.

Meanwhile, sharing a copy of the summary prepared by the sub-committee of the cabinet, Fawad Chaudhry pointed out the date of the cypher received to the then government and said that he hoped that PML-N Vice President Maryam Nawaz “will not change her position on cypher investigation from independent commission”.

The Date of Cypher says it all:) let’s investigate hope @MaryamNSharif will not change her position on Cypher investigation by independent commission in coming days pic.twitter.com/yRePwmZlgV

Earlier, the federal cabinet okayed starting a high-level inquiry, days after an audio leak allegedly of ousted Pakistani premier Imran Khan and his key aides surfaced in which the former ruling party leaders were discussing the diplomatic cipher.

ISLAMABAD – The federal cabinet has okayed starting a high-level inquiry, days after an audio leak allegedly of ...