Death To America: US, British flags burnt in Tehran once again 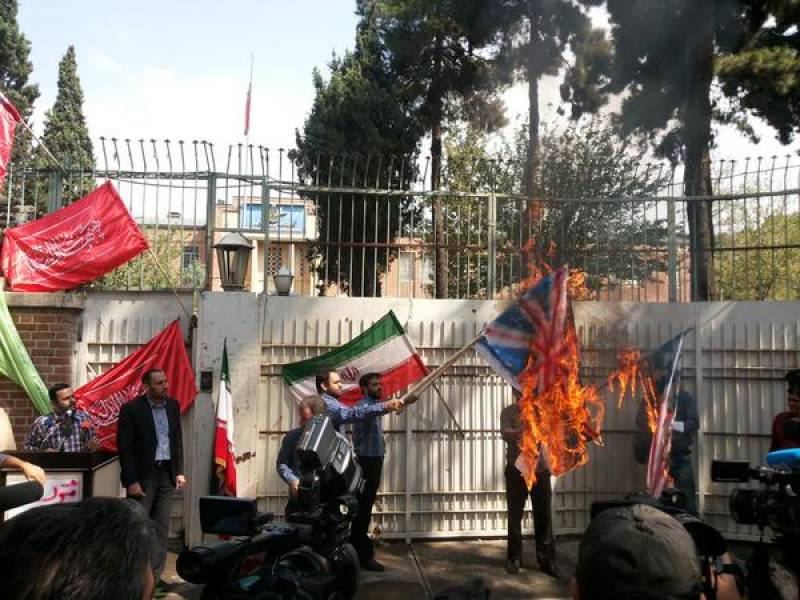 TEHRAN (Web Desk) - A group of protesters on Wednesday set the flags United States and Great Britain on fire just outside the building of former American embassy in Tehran in the first event since Iran signed a historic nuclear deal with US and western powers.

They also installed plate which read "Death to America" alongside the front gate of building.

US and British flags set on fire in front of former American embassy in Tehran by Basij organization afiliated 2 IRGC pic.twitter.com/WvVKNlo8Yf

According to a Tehran based journalist the group of demonstrators as associated with Basij organisation of Iran which is further said to have ties with Iranian Revolutionary Guards.

Basij installed a plate in front of former US embassy Tehran containing 100 words by which Imam Khomeini described US pic.twitter.com/WiSvpTvWNo

The event of aggression comes a day after Iranian cleric once again termed United States as the greatest Satan of the world. US is still the enemy of Iran despite recent nuclear deal, he insisted.