No waitors, no staff: A US restaurant replaces humans with iPads 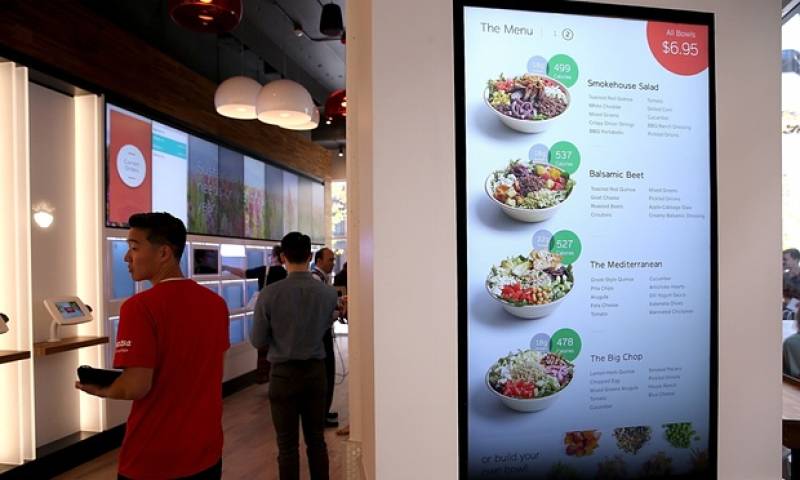 In this way, those sick and tired of having to deal with their fellow humans all the time have a new respite with a fully automated restaurant.

Customers at Eatsa in the Financial District will order from an iPad, sending the order to the kitchen.

When the meal is ready, it appears in a small glass compartment. The food is prepared by real people, but the patrons never have to see them.

The owners of Eatsa may have felt that San Franciscans needed to ease themselves into such a radical change, however; for the launch on Monday, concierges in red shirts met guests to help them order. But eventually they will disappear. 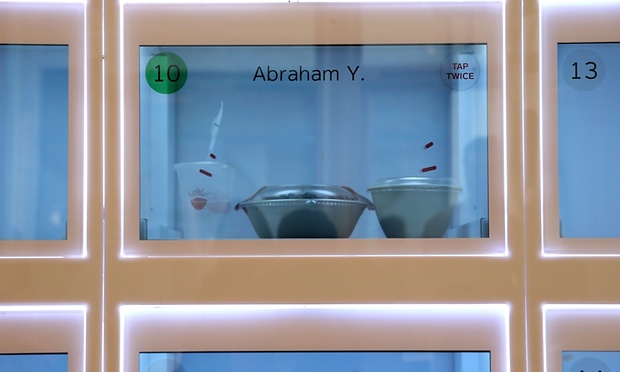 Hundreds visited the shop on Monday to try the vegetarian dishes, which prominently feature quinoa and at $6.95 are well below market average in the city.

Eliminating humans from the service industry is not new; the Chinese have been experimenting with ordering via tablet for years in order to reduce labor costs and prices.

In Japan, the Nanna-na hotel, which opened in July, is completely human-free, using robots for every task, from cleaning rooms to managing check-in and check-out.

Not far from San Francisco, a hotel in Sunnyvale, the Aloft Cupertino, recently began testing a robot that assists its human colleagues with daily tasks such as changing linens and towels and delivering amenities to guests.

Riley Thomas, a San Francisco resident who works near Eatsa, was one of the few patrons who questioned the concept at a time when more and more families are struggling to survive in the city.

“I like the food and love the price,” he said. “Still, it worries me that people will begin to think that this is how all restaurants should be run and it could really hurt jobs that are needed right now.”

Co-founder Scott Drummond said: “There is a fast food business model that we need to hit and we’re looking at ways that technology can increase efficiency ... That way we can get the price down.”

This article originally appeared in The Guardian