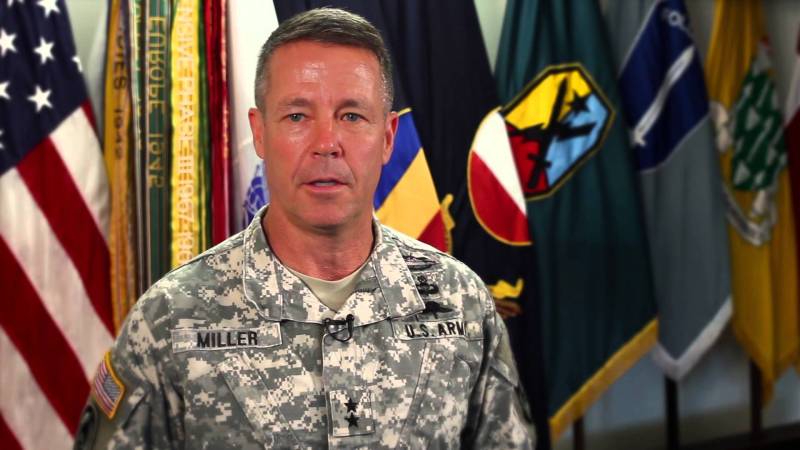 KABUL - US Army General Austin Scott Miller has assumed command of the 41-nation NATO mission in Afghanistan from General John Nicholson, who held the post for more than two years.

Miller, former commander of the US military's Joint Special Operations Command, takes over at a time when Washington is facing growing questions over its strategy to force the Taliban into talks to end the 17-year conflict.

"To be successful, we must continually learn and adapt to the enemy and the environment," Miller said at a change of command ceremony at the headquarters of the NATO-led Resolute Support mission in Kabul.

"There is no room for the status quo. We cannot afford to be complacent."

Like Nicholson, Miller spent years in Afghanistan before assuming command of US and coalition forces there and his career has followed the different stages of what is now America's longest war.

He was among the first US troops to arrive in 2001 as part of the campaign to topple the Taliban following the 9/11 attacks in the United States.

Almost a decade later, he served during the "surge" ordered by President Barack Obama, which saw more than 100,000 NATO troops in Afghanistan in a bid to crush the insurgency, as well as in 2013-14 as most international troops were withdrawn.

The United States is now a year into its strategy of stepping up pressure on the Taliban by increasing airstrikes and sending thousands of more troops to train and advise Afghan forces, but clear signs of success have so far proved elusive.

Civilian casualties are running at record levels, there have been repeated attacks on major cities such as Kabul and Jalalabad and while the Taliban have not managed to take any major urban centers, they control large areas of the countryside.

In June, a report by the Pentagon's Lead Inspector General offered a downbeat view, saying there was little publicly available evidence that "actions to increase pressure on the Taliban were having a significant impact."