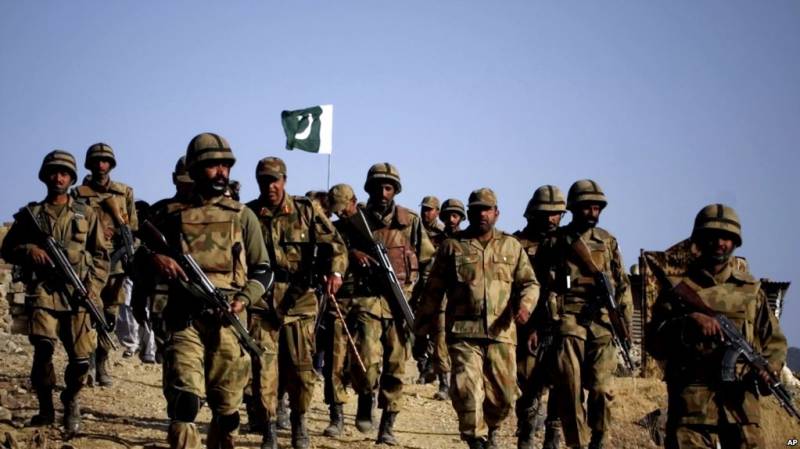 NEW YORK - The Pentagon is seeking to reallocate $300 million Coalition Support Fund (CSF) payment to Pakistan due to "Islamabad's lack of decisive actions” in support of regional American strategy, the US Military official confirmed on Saturday.

The US has been pushing Pakistan to crack down on alleged militant safe havens in the country — Islamabad denies any safe havens on its soil— and announced a freeze on aid at the beginning of the year that an official said could be worth almost $2 billion.

“Due to a lack of Pakistani decisive actions in support of the South Asia Strategy... $300m (actually $323.6m to include non-Pakistan funds) was reprogrammed by the Defense Department in the June/July 2018 time frame for other urgent priorities,” Lieutenant Colonel Kone Faulkner said in an email to AFP.

The US defence department “is awaiting a congressional determination on whether this reprogramming request will be approved or denied,” Faulkner said.

Pakistan has fought fierce campaigns against homegrown militant groups and says it has lost thousands of lives and spent billions of dollars in its long war on extremism.

American stoppage of $ 300 m. Coalition Support Funds (CSF) undermines Pompeo visit to Islamabad & is a sop to India as he seeks to solidify Indo-US front against Pakistan’s best friend, China; earlier, $ 500 m CSF was stopped, all this is money owed to Pakistan by US, NOT aid!

But US officials accuse Islamabad of ignoring or even collaborating with groups that attack Afghanistan from alleged safe havens along the border between the two countries.

The White House believes that a Pakistani crackdown could be pivotal in deciding the outcome of the long-running war in Afghanistan.

Coalition Support Funds (CSF) refers to money from the Defense Emergency Response Fund (DERF) that is eligible to be used to reimburse coalition partners for logistical and military support to U.S. military operations.

For Pakistan specific, the CSF that is technically not an aid but service payments for providing logistical and operational support to the US-led military operations in Afghanistan.

US frustration boils over before

But Trump's aggressive language has especially angered Pakistani officials. “The United States has foolishly given Pakistan more than 33 billion dollars in aid over the last 15 years, and they have given us nothing but lies & deceit, thinking of our leaders as fools,” Trump wrote on Twitter at the beginning of the year.

The United States has foolishly given Pakistan more than 33 billion dollars in aid over the last 15 years, and they have given us nothing but lies & deceit, thinking of our leaders as fools. They give safe haven to the terrorists we hunt in Afghanistan, with little help. No more!

“They give safe haven to the terrorists we hunt in Afghanistan, with little help. No more!”

Pakistani leaders disputed the $33b figure, insisting that around half of the money relates to reimbursements, and the prime minister's office accused Trump of ignoring the great sacrifices the country has made to fight extremism.

In March, a senior US official said that Pakistan has “done the bare minimum to appear responsive to our requests,” and concerns over a lack of action by Islamabad against militant groups still persist.

“We continue to press Pakistan to indiscriminately target all terrorist groups,” Faulkner had said.