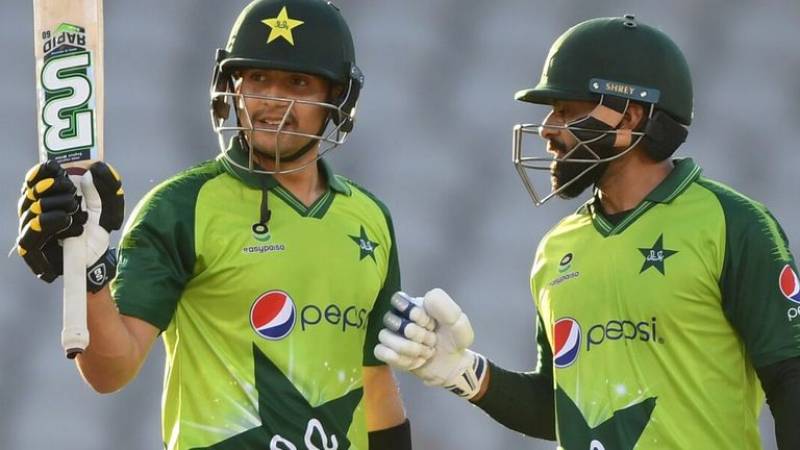 ISLAMABAD – Teenage batting sensation Haider Ali created history when he etched his name on the record books by scoring a blazing half century on debut during Pakistan’s third and final T201 against England at the Old Trafford in Manchester.

The 19-year-old right-hander scored 54 to help Pakistan post 190 runs on the board and level the series, ending the tour on a high note.

He also became the first Pakistan to score half century on T20I debut. Prior to him, the record for the highest individual score by a Pakistan batsman on T20I debut was with Umar Amin, who had made 47 against the West Indies.

Haider came at one down position after opener Fakhar Zaman’s was out for one. After hitting his second ball for six, he continued to play with freedom and began to build a big partnership with Mohammad Hafeez. He brought up his fifty from just 28 balls, demonstrating the maturity and confidence well beyond his years. His knock included five fours and two towering sixes.

Hafeez then took charge, racing to his own half-century from 31 balls before Chris Jordan bowled Haider with an in-swinging yorker to break the partnership, which was worth exactly 100 runs.

Hafeez, who was declared player of the series as well as player of the match for scoring unbeaten 86 in the third T20, in a post-match interview was full of praise for Haider.

“He [Haider] was good under pressure and just expressed himself.

“I was just trying to back him every time, tell him ‘you are playing well, continue like that.’

“It is great to see youngsters coming from our system and performing well,” the 39-year-old added.