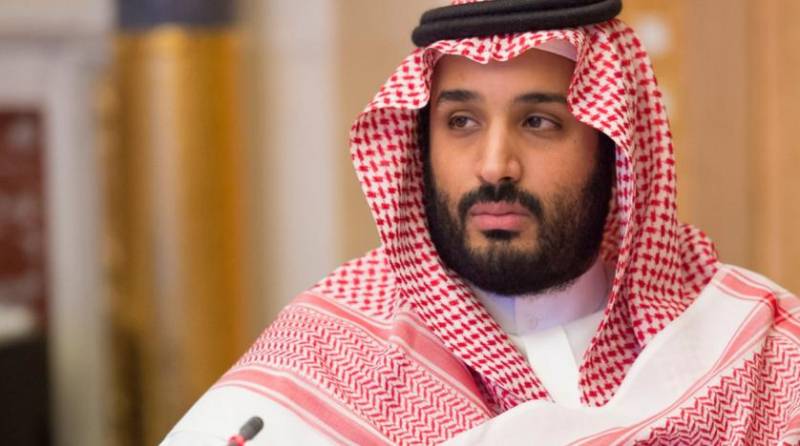 WASHINGTON - The crown prince of the Kingdom of Saudi Arabia, Mohammad bin Salman has expressed that  Israel has a 'right' to a homeland, signalling a visible shift in the diplomatic policy of the oil-rich state.

Mohammad bin Salman, known by the initials MBS made the remarks in an interview with US magazine The Atlantic when he was asked a point blank question: Jewish people have a right to a nation-state in at least part of their ancestral homeland?.

"I believe that each people, anywhere, has a right to live in their peaceful nation and Palestinians and the Israelis have the right to have their own land," said the defacto leader of the state, home to Islam's holiest sites.

The 32-year-old prince, who is on a three week US tour, continued that 'we have to have a peace agreement to assure the stability for everyone and to have normal relations.'

To another question about a religion-based objection to the existence of Israel, Prince Mohammed replied that they have religious concerns about the fate of the holy mosque in Jerusalem and about the rights of the Palestinian people.

"This is what we have. We don’t have any objection against any other people," he clarified in blunt remarks as he responded to Jeffrey Goldberg, editor-in-chief of The Atlantic.

Poised as the next King of Saudi Arabia, the crown prince went a mile more and expressed that there were a lot of interests we (KSA) share with Israel adding if there is peace, there would be a lot of interest between Israel and the Gulf Cooperation Council countries (GCC) and countries like Egypt and Jordan.

It is noteworthy that on the surface, Saudi Arab is seen as a rival of Israel, however, in the opaque world of Arab diplomacy, insiders keep on disclosing covert contacts between Riyadh and Knesset.

Saudi Arabia condemned US President Donald Trump's move to recognize Jerusalem as the capital of Israel last year, but Arab officials told leading media outlets that Riyadh was on board with a broader US strategy for an Israeli-Palestinian peace plan.

Prince Salman, whose meteoric rise to the second spot in the royal hierarchy surprised political commentators brushed aside diplomacy when it came to Iran, expressing his views in strong-worded remarks.

FO rejects reports about any Pakistani delegation’s visit to Israel