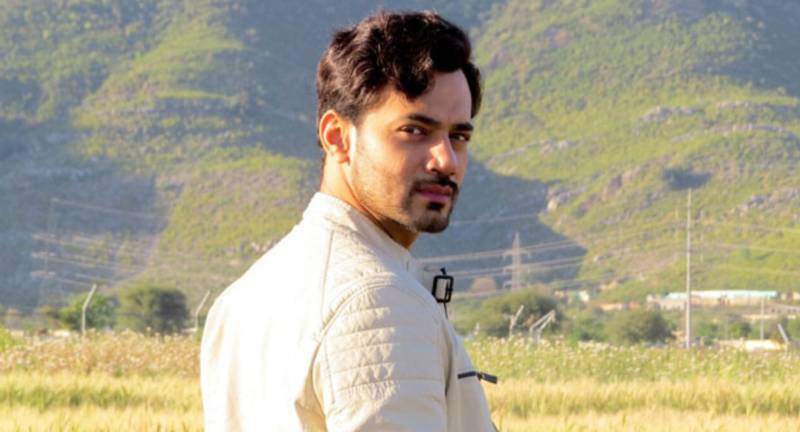 KARACHI - Pakistani Tv actor Zahid Ahmed, who has proven his mettle as a versatile actor, recently apologised to the nation for choosing a script so “blindly”.

Zahid’s latest drama Mein Na Janoo, in which he shares the screen with Sanam Jung, Affan Waheed and Komal Aziz Khan, recently ended with a whopping 37 episodes. The drama failed to make a mark or impress the audiences because of it’s the weak and boring storyline.

When a fan commented under Zahid’s picture that “Thank God there weren’t 58 episodes of the drama”, Zahid responded, “I apologise to the nation for this drama…next time I won’t read the script so ‘blindly’.” 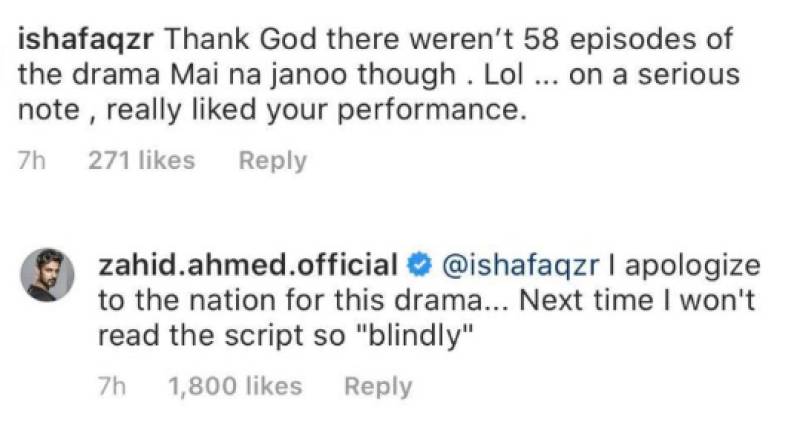 Mein Na Janoo saw Zahid play Nain an ex-airforce pilot who had lost his vision in an accident. He was madly in love with his cousin Saira, played by Sanam Jung. Saira liked their other cousin Nehat (Affan Waheed) who liked her back.

However, Saira’s evil family hates her mother so they did not want her to get married to the star of their family who is Nehat. They wanted Nehat to get married to Kiran played by Komal Aziz Khan. Eventually, after a dramatic turn of events, Saira gets married to Nain and the two begin their life together.

Nehat uses every opportunity to create trouble between the newlyweds because he cannot let Saira go. The family drama also continues to the point that in true Star Plus fashion, a ‘dead’ character comes back to life. You can figure out the rest from here.

Although the TV serial was not a hit still Zahid’s acting was appreciated by his fans and followers.