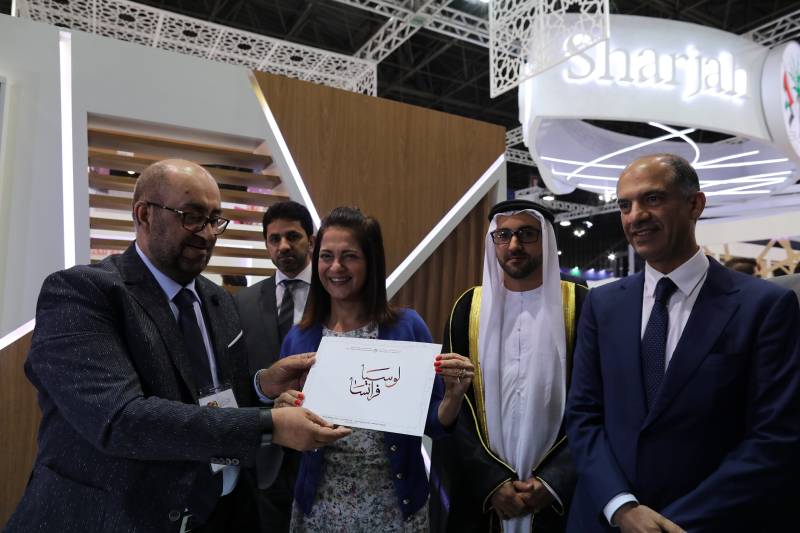 SAO PAULO - Sharjah was celebrated as the guest of honour at the 25th edition of São Paulo International Book Fair on Thursday.

The fair saw a strong presence of diplomatic and cultural figures, authors, and publishers, as Sharjah took centre stage in its 10-day celebrations.

On the sidelines of the opening ceremony, Sharjah’s pavilion, which will host a rich cultural programme for the fair’s visitors, was inaugurated by Franca, Torelli, and Romildo Campelo, Culture Secretary of the State of São Paulo.

“We are proud to be in Brazil, a country home to acclaimed authors who have shaped world literature. Its vibrant and exciting literary history preserved in novels, plays, poems, and songs exemplifies a society where people share a unified cultural identity that they use as a shield to face common challenges,” said Shaikh Fahim.

Commenting on the importance of cross-cultural exchange, he explained that writing is one of the ways to manifest one’s conscience. “When we write, we interpret the world as we see it. Reading other people’s literary creations enables us to share their imagination, understand them better and develop empathy,” he added.

Shaikh Fahim emphasised that through reading, people are able to experience cultural exchange, which he described as “a way to build long-lasting relationships that go beyond official formalities”.

“It allows us to express ourselves in the most beautiful ways,” he added.

Shaikh Fahim also highlighted that the UAE enjoys close cultural relations with Brazil and that the country is keen to take this further by strengthening cultural ties between the two nations and build a better future together.

During the book fair, Sharjah will take São Paulo visitors on a journey through the development of Emirati culture in the past four decades. It is organising a spectrum of panel discussions and interactive sessions on UAE poetry, prose and heritage, featuring 20 Emirati authors and publishers and 15 cultural entities.

Sharjah has curated an array of literary and cultural activities to highlight this largest-of-its-kind participation by an Arab country in one of most prominent cultural events in South America. The emirate provides São Paulo the opportunity to explore Emirati art shows including traditional songs and dances. The shows are being performed at the city’s landmarks by the Sharjah National Band.