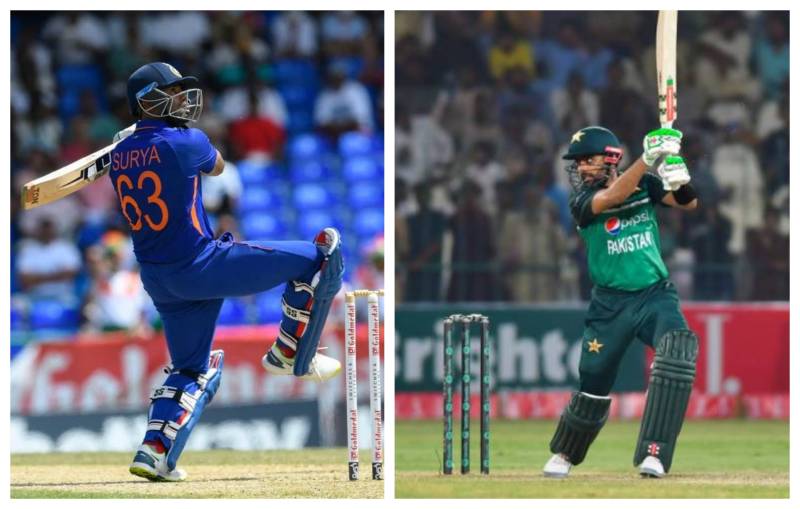 DUBAI – Babar Azam is in danger of losing his position as the best T20I batsman in the world after Indian player Suryakumar Yadav inched closer to become number on MRF Tyres ICC Men's Player Rankings.

Yadav displayed impressive performance in India’s ongoing T20I series against West Indies that helped him getting sharp rise in the latest rankings update.

The ICC released their weekly update of the rankings on Wednesday and Yadav surged up three spots to second overall on the T20I list for batters, with Babar now just two rating points ahead of the in-form right-hander, said ICC in its blog.

Yadav only made his international debut at the start of last year and his rapid recent rise has come on the back of a century against England in Nottingham last month and a stylish half-century against West Indies on Tuesday.

The Indian player is likely to get the chance to overtake Babar at the head of proceedings over the coming week, with India still having two more games against West Indies remaining in their five-match series.

Yadav my dethrone Babar as the No.1 ranked batter if he managed to keep the momentum in remaining matches, given Pakistan's next T20I contest is at the end of the month against India at the Asia Cup.

LAHORE – Pakistani skipper Babar Azam achieved the feat to become the only batter in the top three of the ICC ...