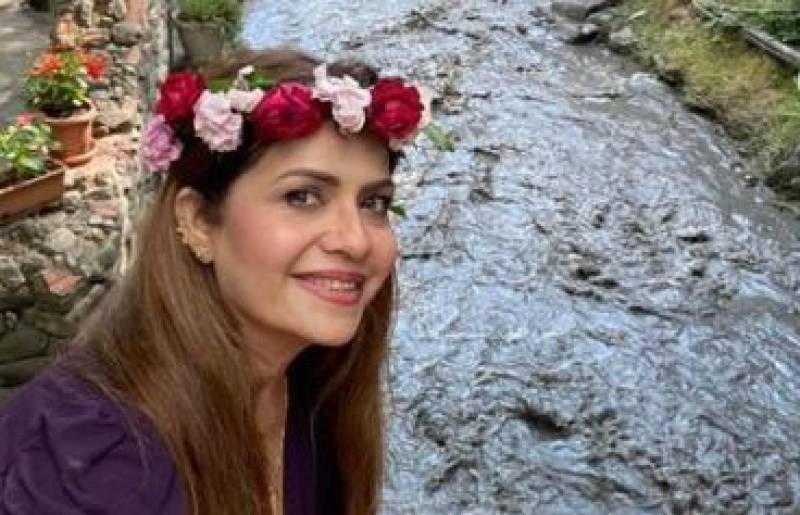 Former Pakistani model and host who started her career as a model at a young age, Amber Khan, made a name for herself when she was seen on PTV.

Later on, Khan began hosting on Indus TV and became one of the biggest names Pakistan in hosting. To celebrate her success and hard work, the Sanwari actress took a trip to Azerbaijan with her pals and updated her fans and followers. Khan had an extravagant trip in July.

Amber Khan was seen having a great time as she explored some of Baku’s fascinating destinations, such as Gabala, Universal Studios, and many others. During her visit to Baku, Khan uploaded a cheerful video of herself and her friends. The gorgeous ladies danced and posed for the camera. She also captioned the video, “A day in Baku, Azerbaijan with my lifelines”.

However, the supposedly humorous video was not very well received by social media users, who claimed Khan was trying to become relevant. Keyboard warrior started bashing the actress but Khan did not pay attention.

It has become quite obvious that women in the showbiz industry are expected not to age and always stay youthful, which is impossible. The stigma around married actresses is also sad.

Amber Khan made her acting debut on the small screen in 2014 with the TV serial Dusri Biwi, Sanwari, Mohabbat Khawab Safar, Khuda Mera Bhi Hai, and Ishq Ya Rabba.