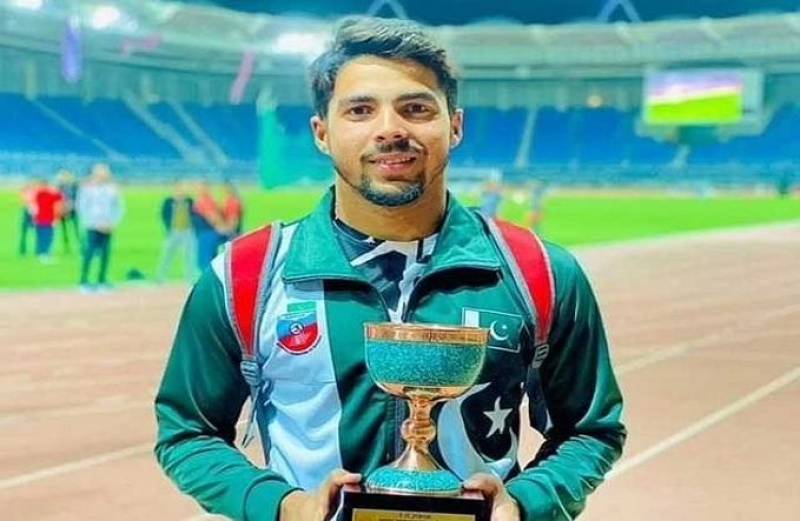 BIRMINGHAM – Pakistani sprinter Shajar Abbas narrowly missed a medal as he finished fourth in 100-meter race at the Commonwealth Games 2022 on Tuesday.

Abbas was among the 27 international athletes who took part in the sprint to book a place in the semifinal round.

The 22-year-old covered the distance in 10.38 seconds, his career best timing, and set the best timing record by any Pakistani in international competitions.

He participated in heat number 8 of the race and finished fourth.

According to the rules of athletics, besides two top players from each of ten heats, seven players with the best timings were to qualify for the semi-finals.

Abbas failed to book a place among the other seven athletes after he could not make it to top two in his heat.

LAHORE – Pakistani star Olympian Arshad Nadeem has qualified for the final round of javelin throw competition at ...